You are here: Home / Updates & Project Progress / A New Machine!

For Christmas, along with a very cute gift of mittens, my husband gave me the go ahead to purchase a new sewing machine.  I had been leaning towards a viking for a while (there is a store within a local Joanns), but in hunting for competitive pricing I found a Brother dealer.  My husband drove me out there yesterday and I spent a long time chatting with the owner and playing with her machines.  She sold me on a Brother NX-450, and when Andy came to pick me up, he was able to bargain with her down to a lower price.  It never hurts to ask for a lower price.

So this is actually my second project on it , a “comestic bag” that I will use for holding all the awesome gadgets my machine goes with.  (The first project was a cushion for my daughter’s wooden booster seat, but it didn’t turn out so well.  I’ll post pictures once I make a better one.) 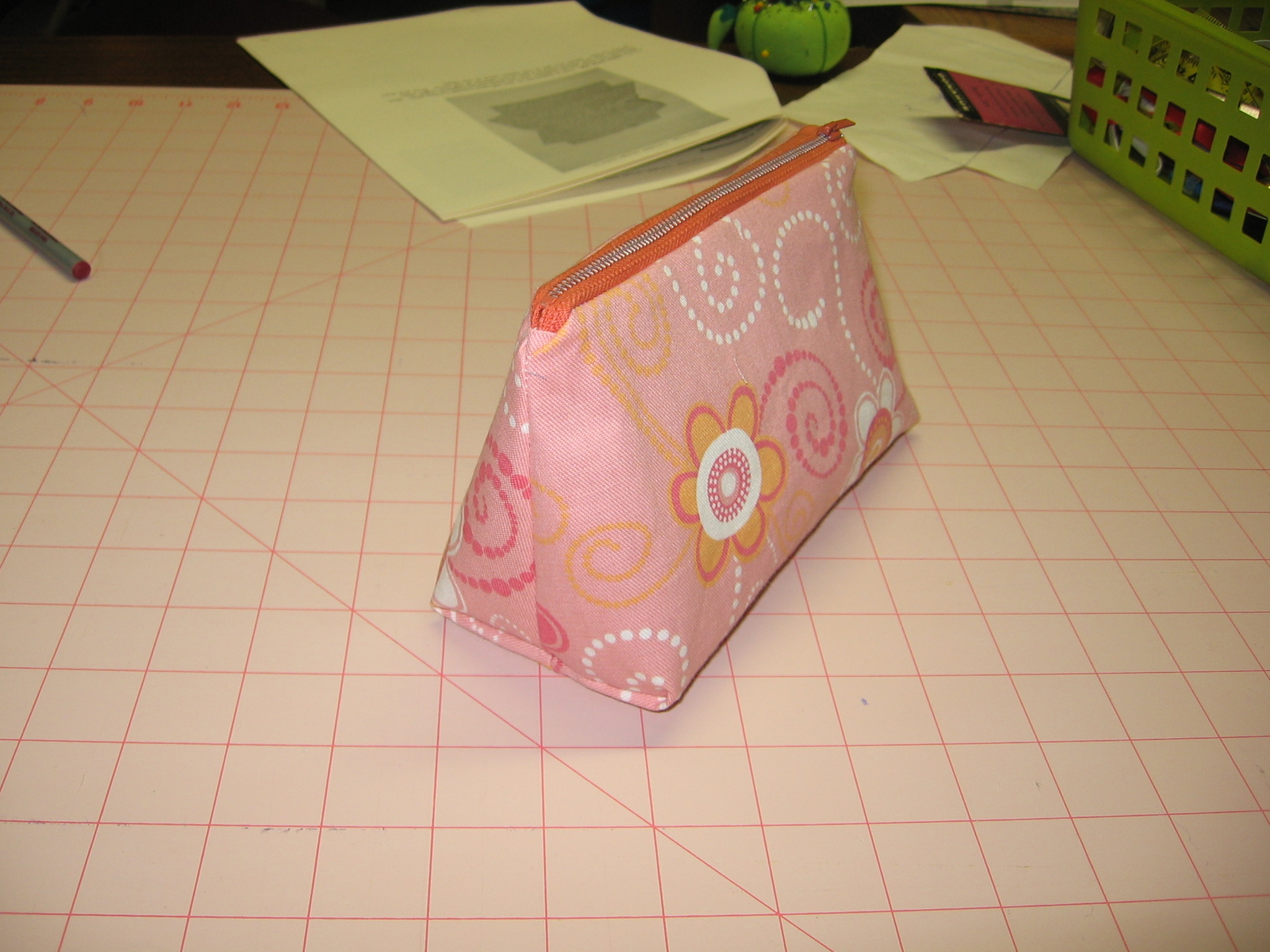 I used this Craftster Tutorial. I hate zippers and found them close to impossible on my old Bernette 50.  So I thought I would give it a try now.  Over all, it was a lot easier to sew, but I still don’t feel confident in my sewing of zippers.  As for the tutorial, I don’t think it was the clearest.  Although if you read through it a couple times it starts to become clear and she didn’t mention any seam allowances.  I assumed 1/4″ and it worked out OK.  Also, I used a 7″ zipper and it was a pain to work around because it was too long.  A shorter zipper would have made for simpler construction.  Despite those frustrations, it came out beautifully. 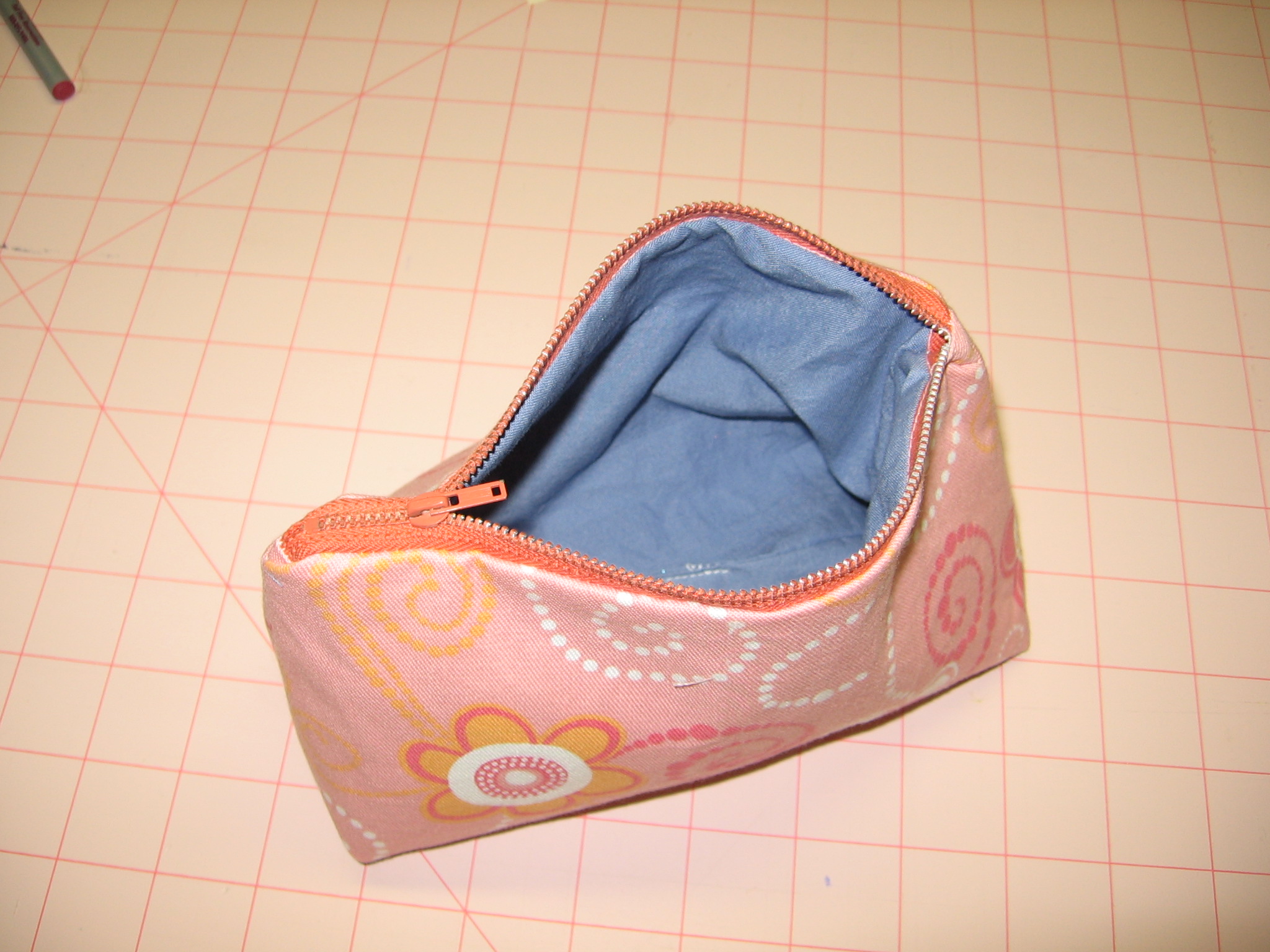 Before all this sewing, I had to clear off my sewing table of Christmas mess, but once I started cleaning this morning I couldn’t stop.  I ended up working most of the day (the kids were so cooperative!) and cleaning out about half of our basement.  Then, I took pictures of my nicely set up sewing area. 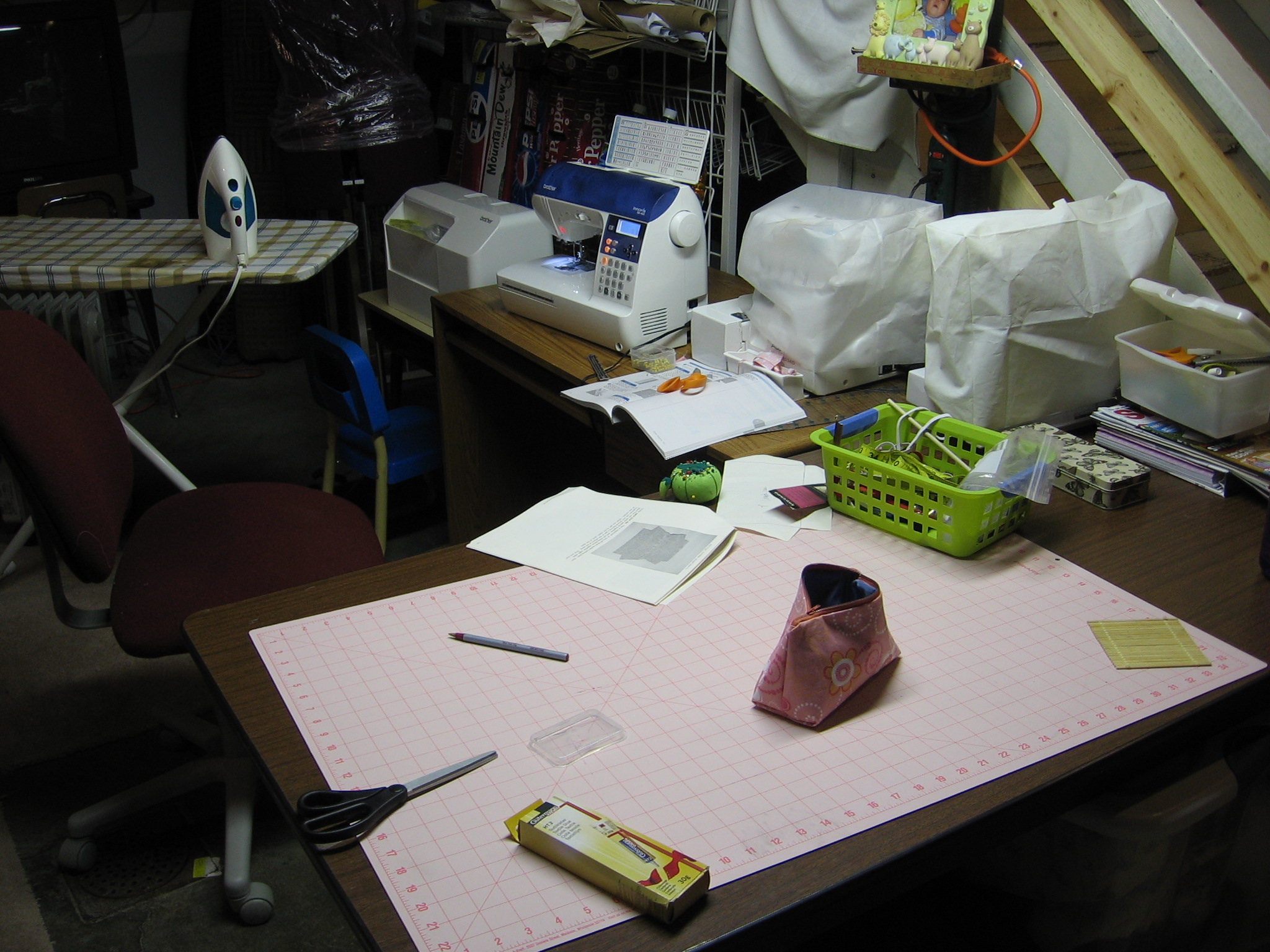 Oh… and I think I might have named her already… “Tabitha”  which means “gazelle” and she appears in Acts 9.  She was very much loved by those she made clothing for. 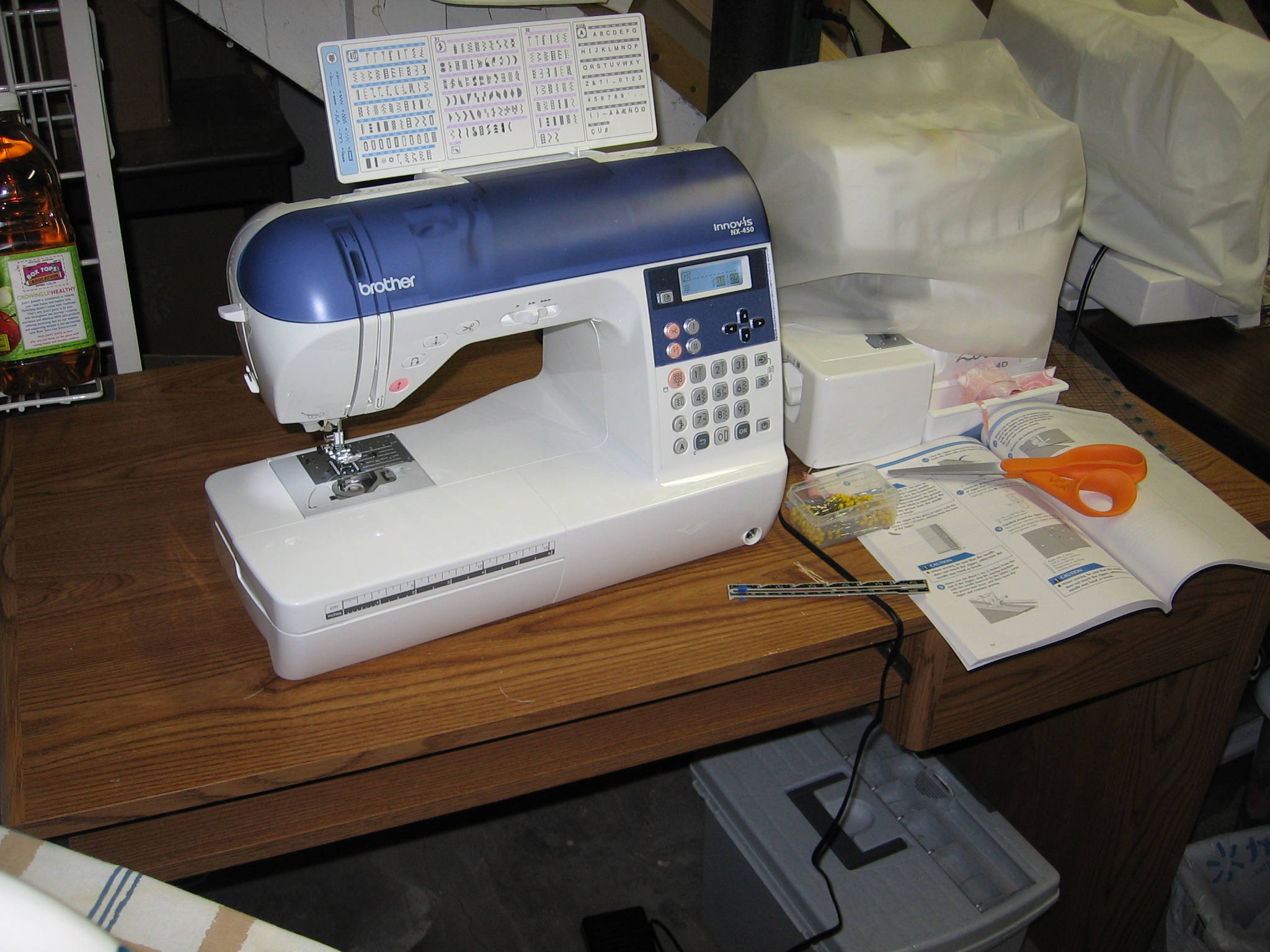