You are here: Home / Clothing / Convert A Bra Into A Nursing Bra

I don’t think this tutorial on how to convert a regular bra into a nursing bra needs much of an introduction. If shopping for a nursing bra is not a heartache for you, than I’ve already lost you. But if nursing bra shopping makes you wail and gnash your teeth, than read on, because I’m about to show you how (almost) any bra can be converted to a nursing bra. huzzah! 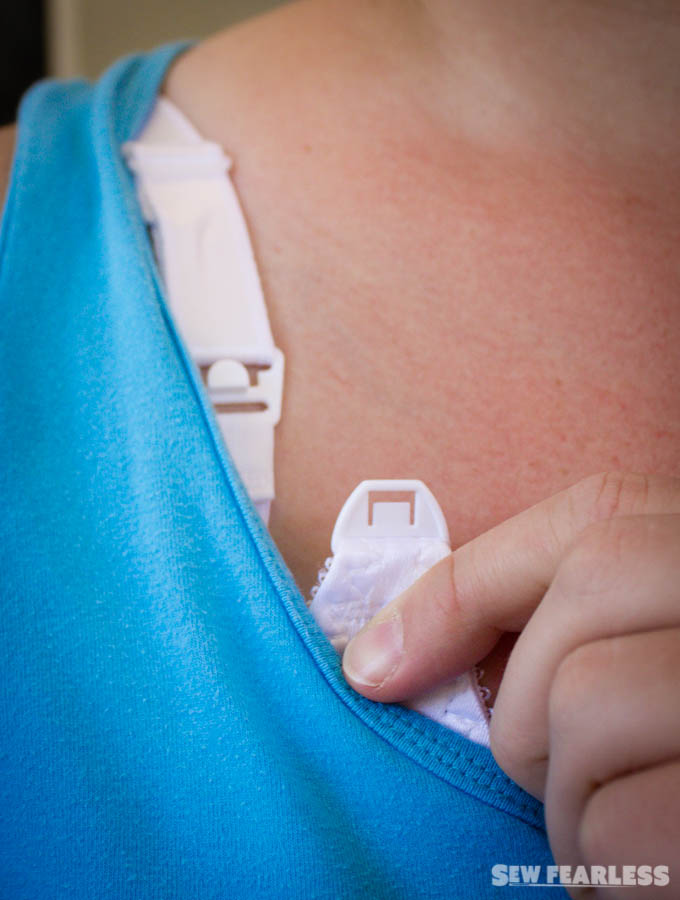 The key to this project is sourcing the nursing bra clasps. I ordered my clasps from Sew Sassy, who carry them in various sizes. The sizes correspond to the width of your bra strap. You will need a pair of clasps for each bra. 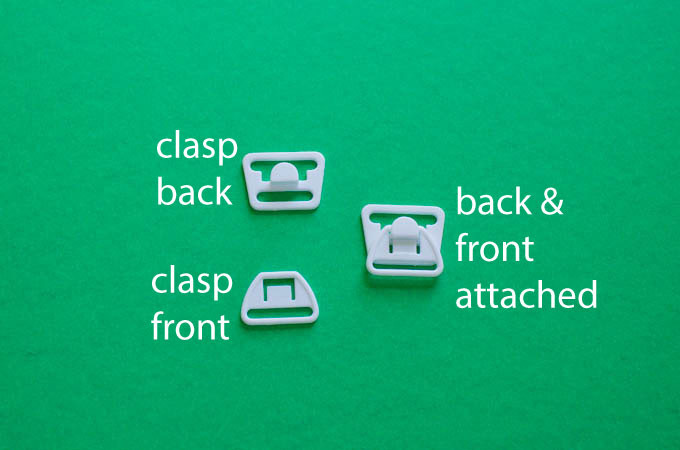 The nursing bra clasps are made of two parts – which I’ll refer to as the front and the back. 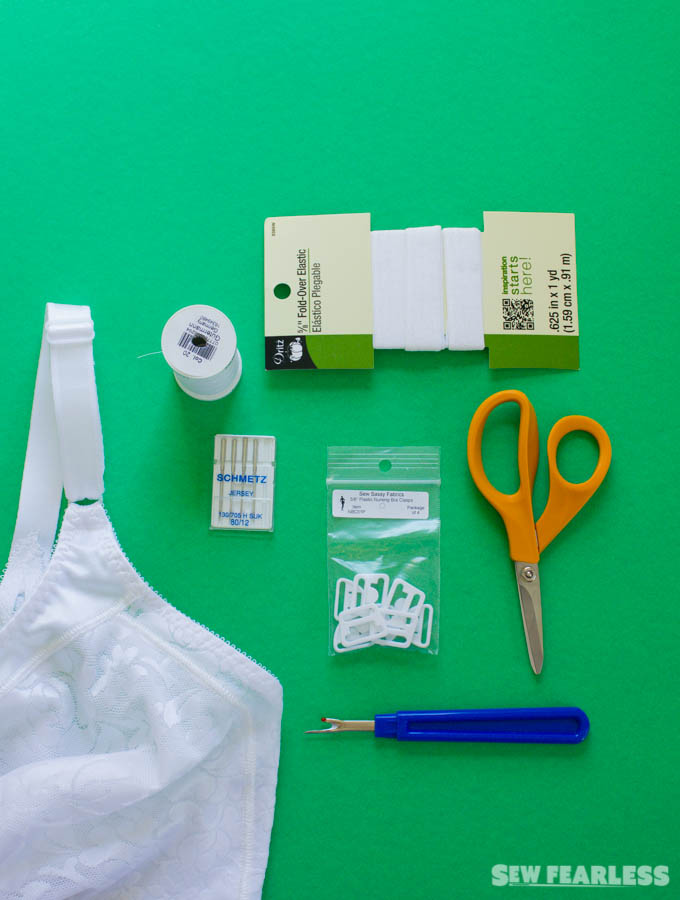 You will also need some soft 1/2 inch wide elastic to anchor the bra clasp. (“Plush elastic” is the best for its softness and non-crumpliness, but I am using “fold over elastic” here because it was more readily available. )

The bra in this example adjusts in the front, but you can also do this with bras that adjust in the back as well. I’ll note the changes in this tutorial. 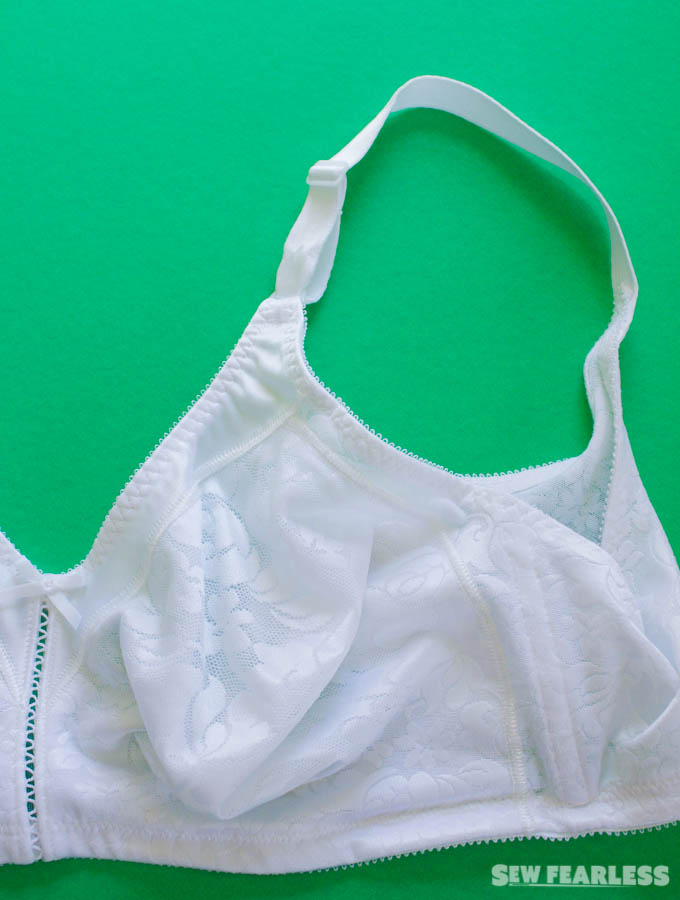 Ready? Let’s do this.

Step 1: Remove the front O-ring from the cup and strap. 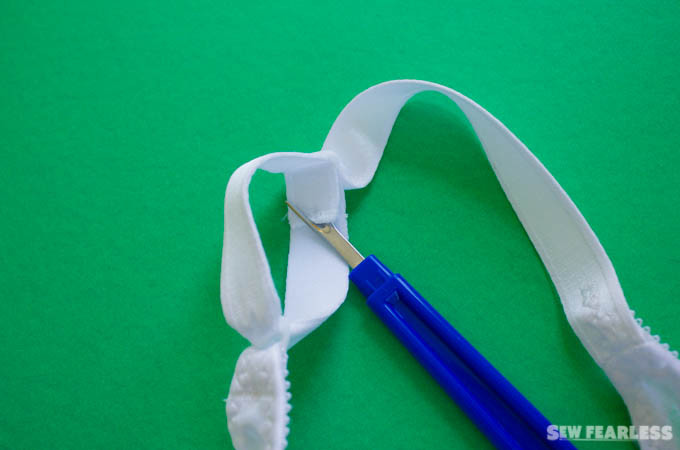 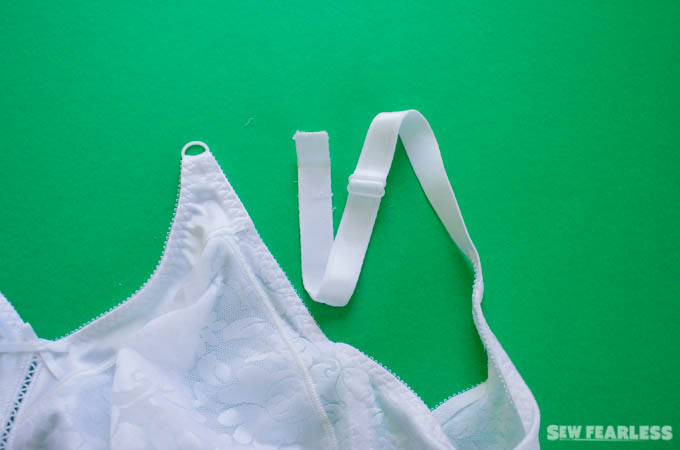 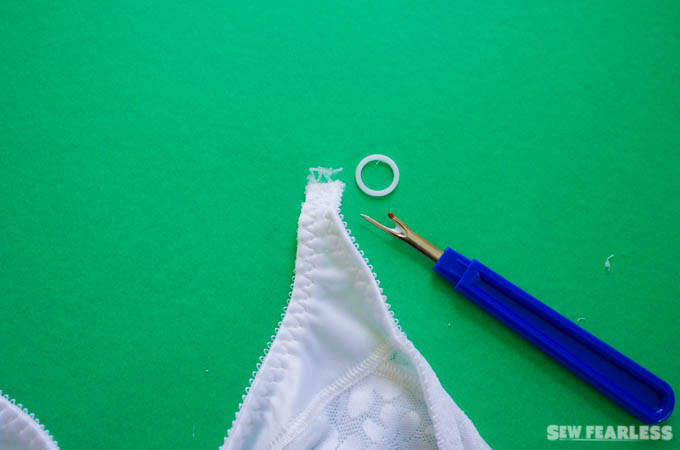 (If your bra has the slider in the back of the bra instead of adjusting in the front like the one pictured here, cut the bra strap about 1/2 inch above the cup instead.)

Step 2:  Sew the clasp front to the bra cup.

Sew the clasp front to the bra cup where the O-ring was attached. 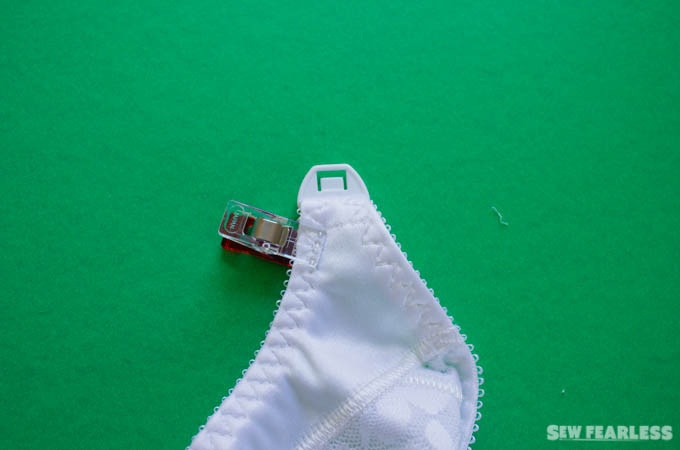 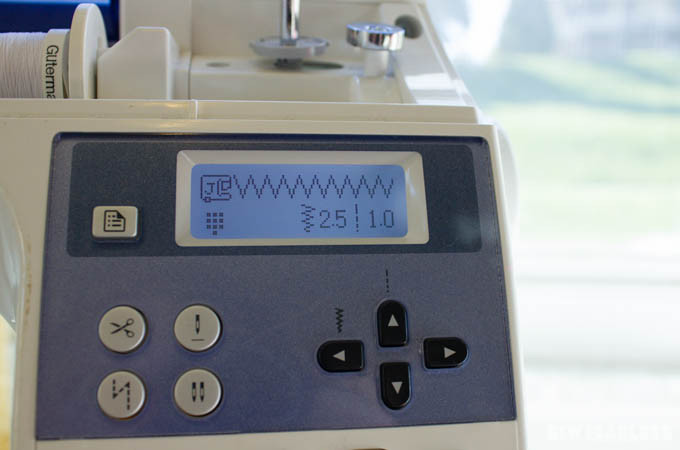 I use a Jersey needle, and a zig-zag stitch. 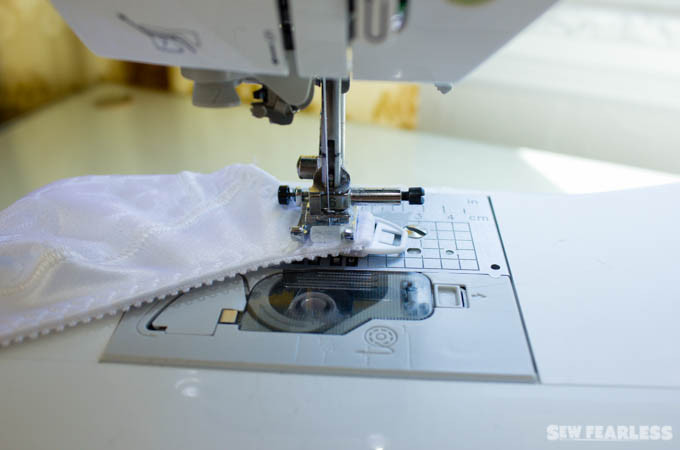 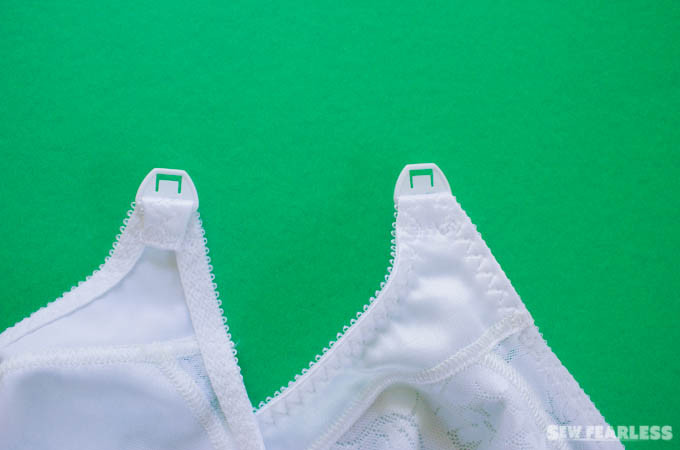 (If there wasn’t an O-ring and you cut the strap instead, sew the clasp front to the top of the bra cup on the cut bra strap.)

Step 3: Attach the bra strap to the slider and clasp back. 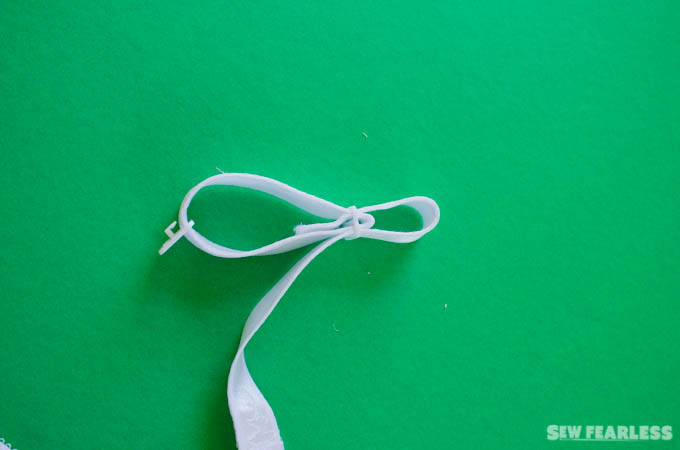 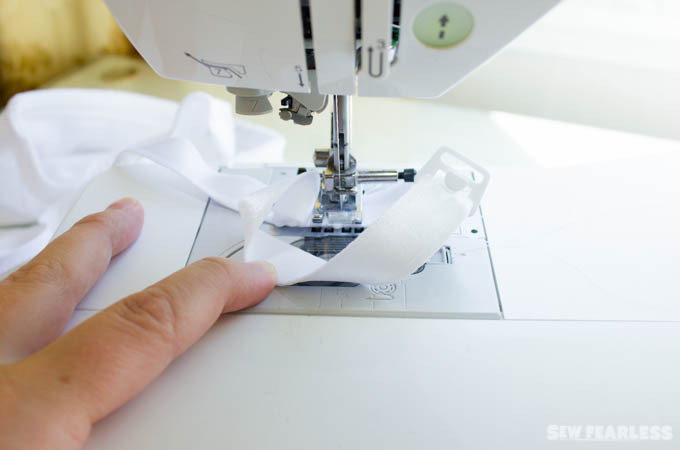 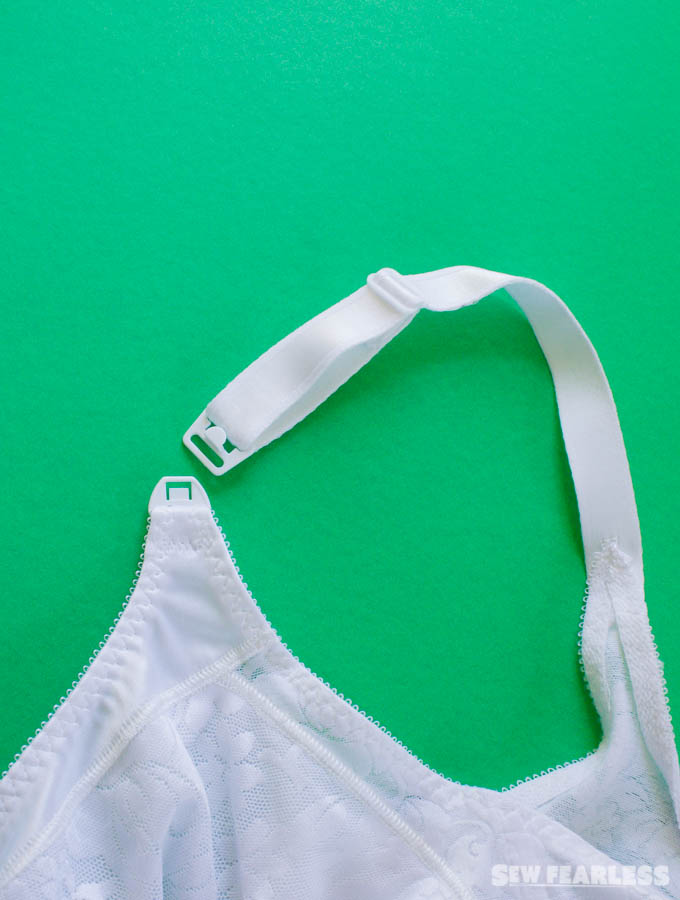 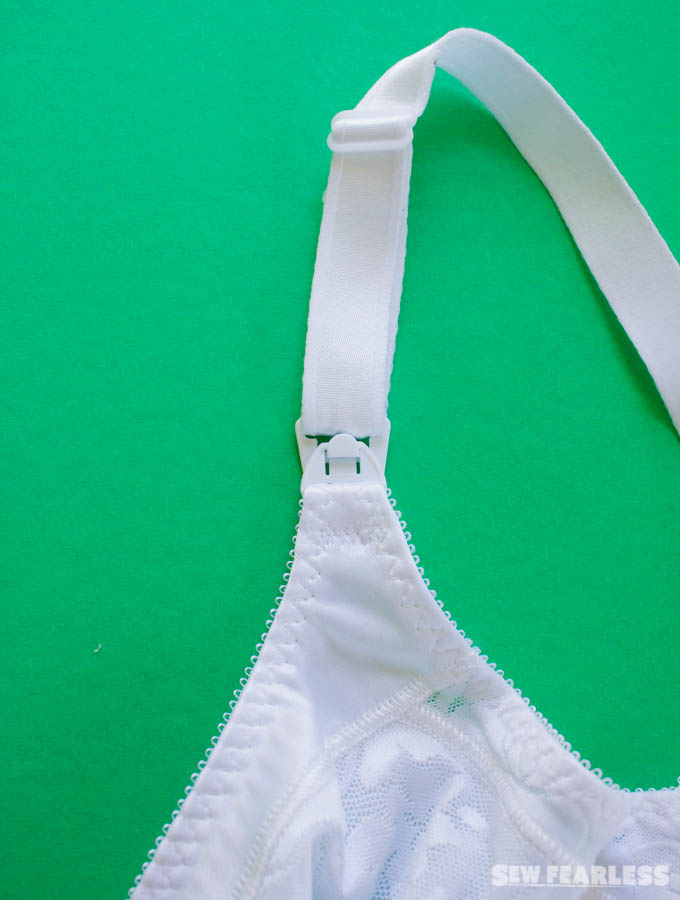 (If you cut the strap, sew the bra strap to the top of the clasp back.)

Step 4: Anchor the clasp back to the bra cup. 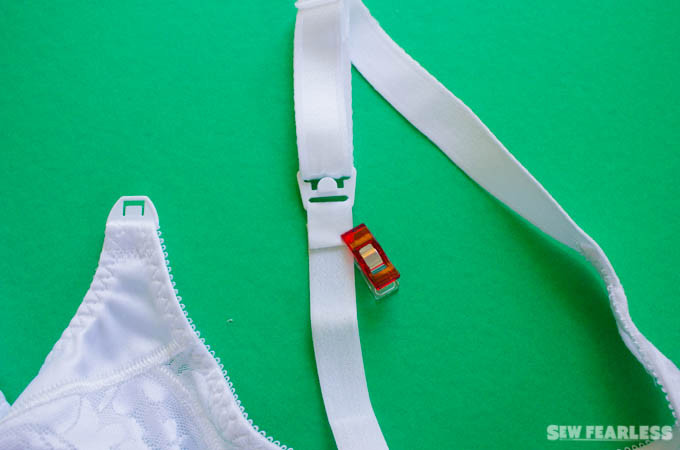 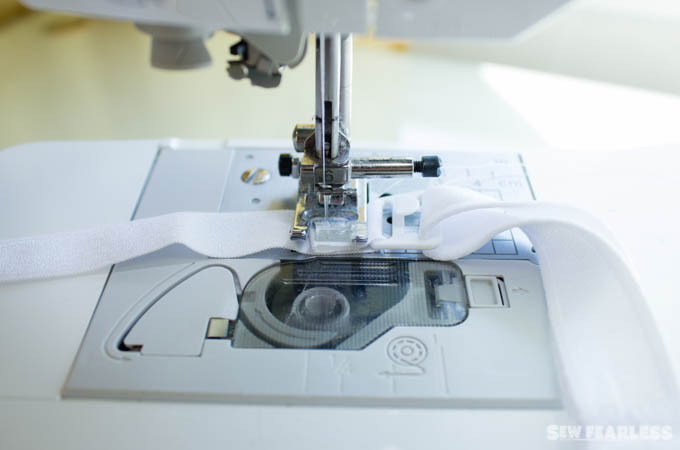 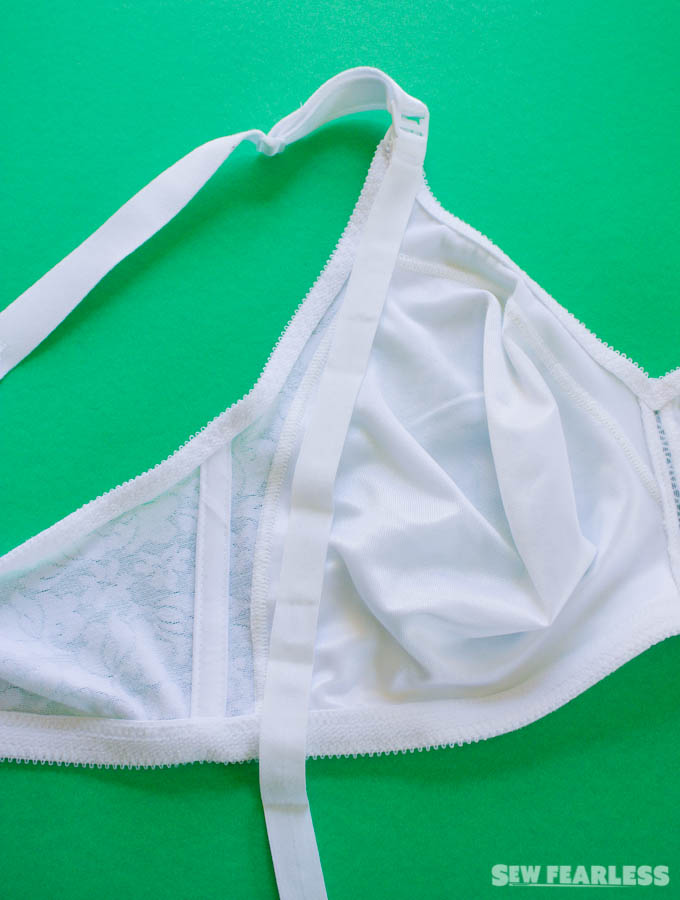 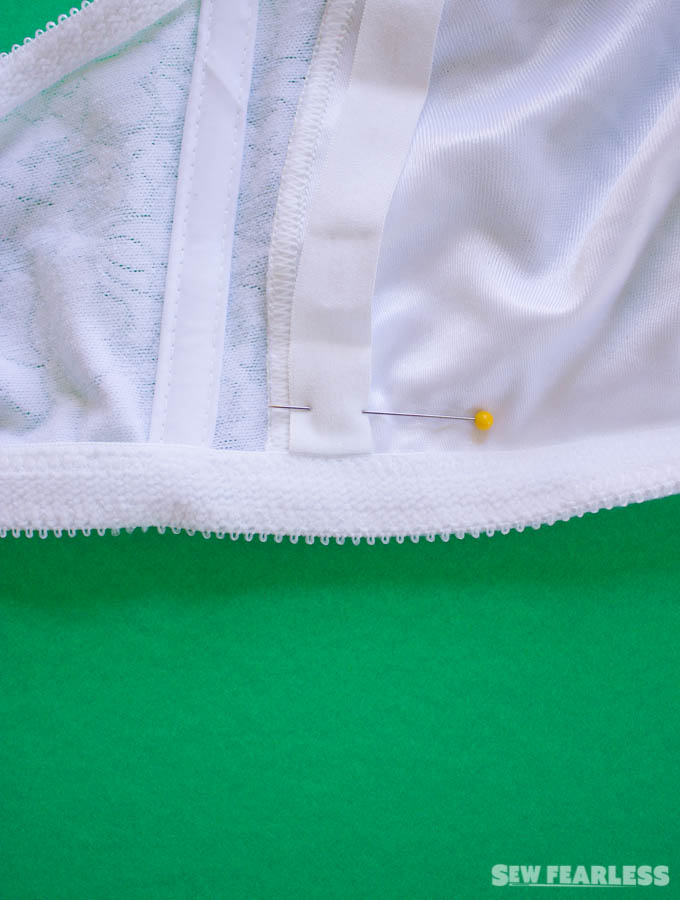 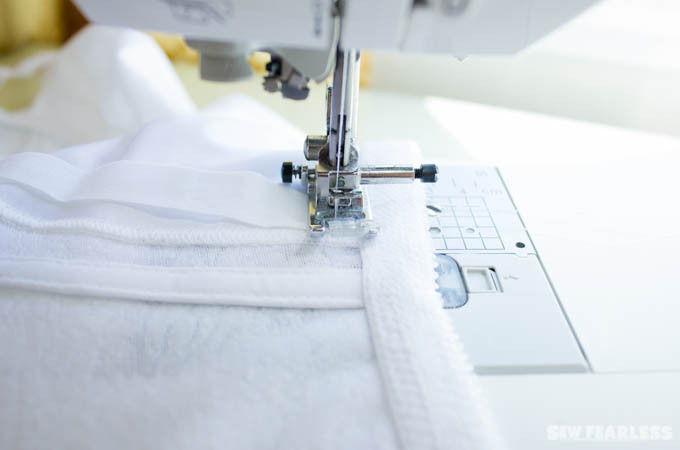 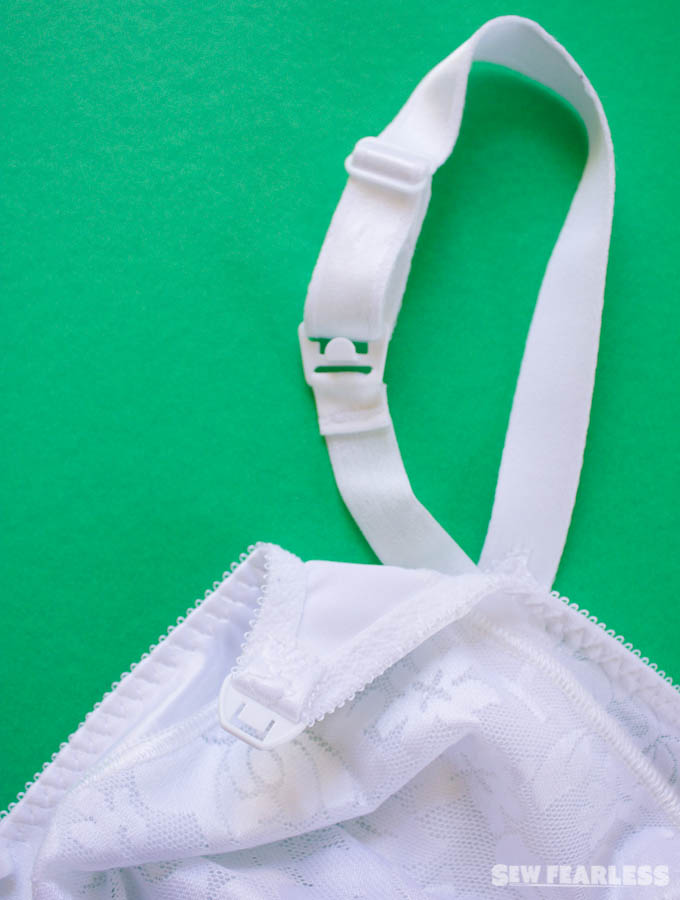 Repeat on the other bra strap and you have a nursing bra! 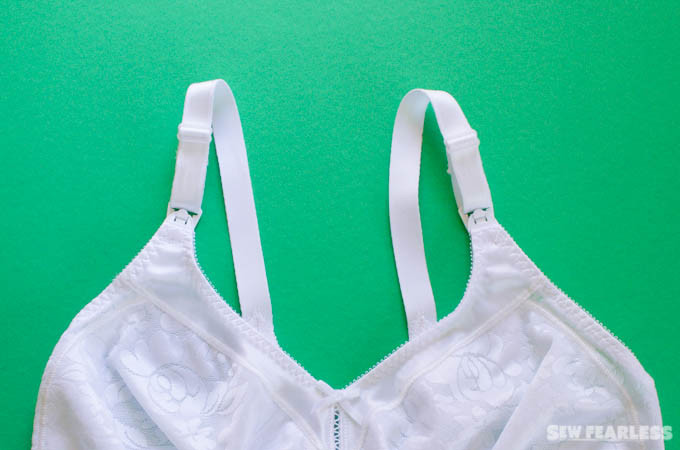 If you cut the strap (for a back-adjusted bra), the finished strap will look like this. 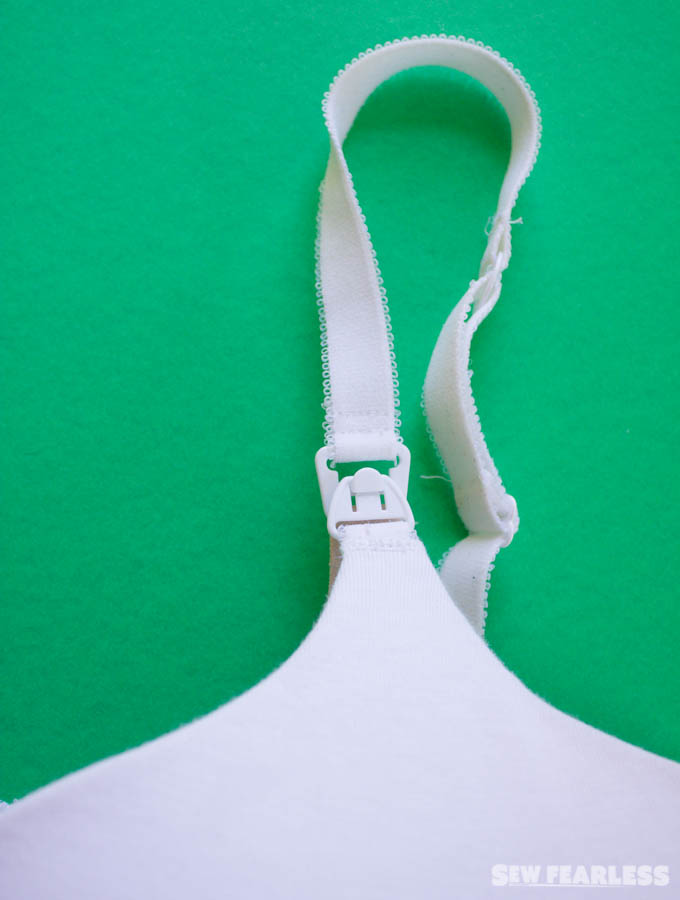 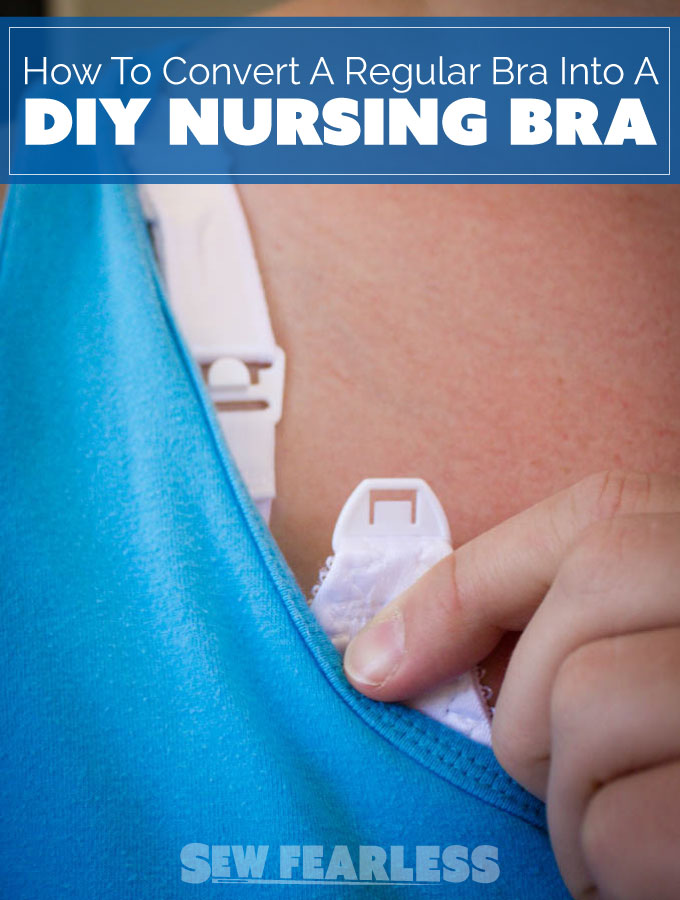 Or check out my tutorial on how to make your own nursing sleep bra!