You are here: Home / Non-Sewing Crafts / The Math Clock Knockoff

It’s always tough to buy for an engineer when you are on a budget.  They like expensive gadgets and generally have enough money to buy less expensive items they want when they want them.  So the trick is to find something that they don’t know they want yet. 🙂

I was scouring the internet hunting for a gift for my brother-in-law (an aerospace engineer) when I found this AWESOME clock.  It is out of our price range but I figured it was worth a shot trying to make it myself. 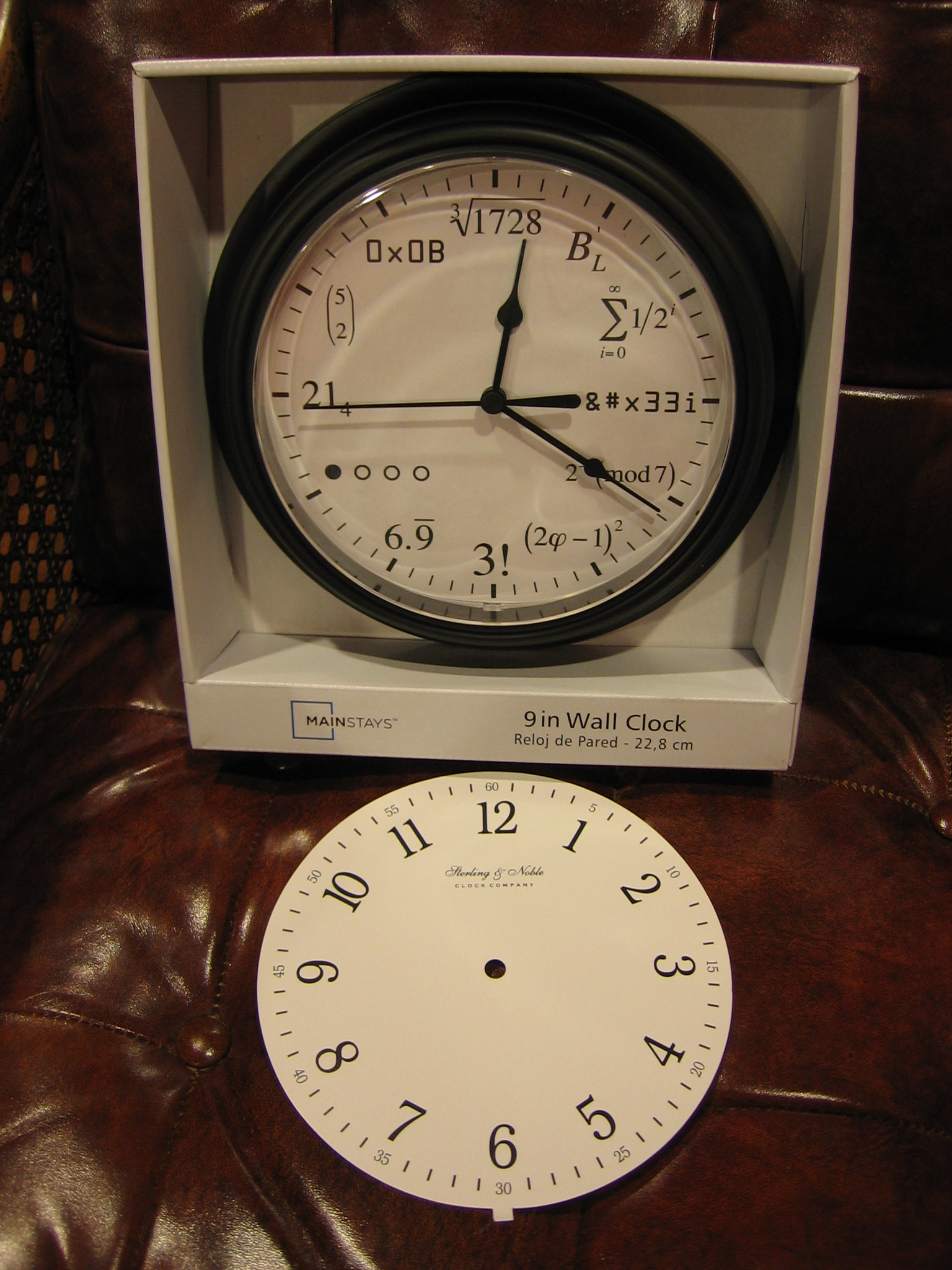 (the original clock face is below)

Update: I realized the day after I wrote this post that I made an error.  I put an “i” instead of a semicolon at 3 o’clock.  Not nearly as awesome when it is incorrect. oops.  It is fixed now.