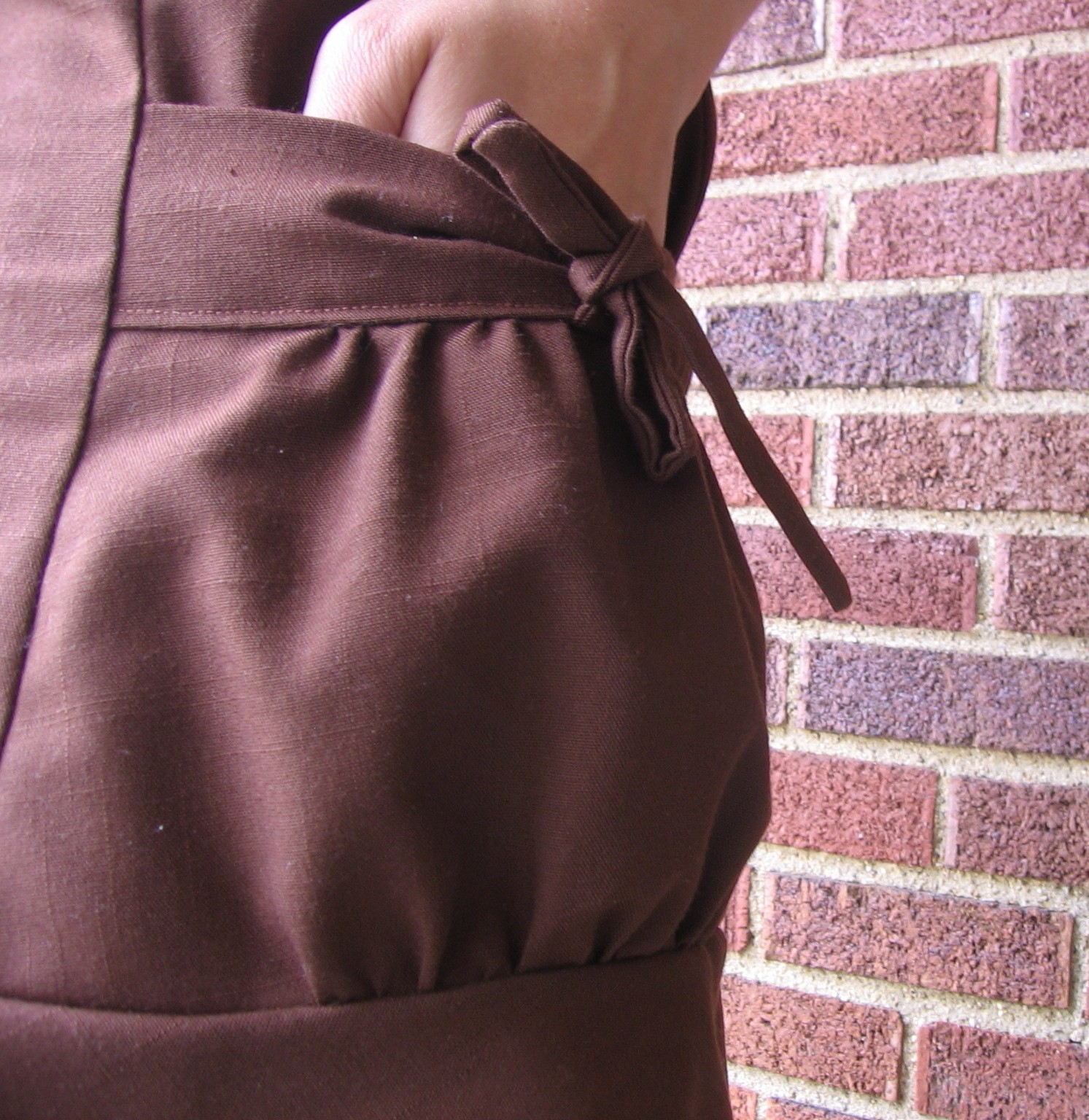 Can you believe it?  I finished my April project BEFORE the last week of the month, and I was even out-of-town for the first two weeks!  I think I was just going through sewing deprivation. It was a good excuse to set aside time to work on it.

This months project was Simplicity 2655.  I’ve been dying of jealously Gianna’s cute pockets and after I saw the uber-talented Karen’s version of the skirt, I had to have it.  I chose a brown “Linen Look” (Joann’s) to keep it casual and sturdy for summer.

After making a muslin of the yoke, I chose to cut the waist a 22, and “graded out” to a 24 at the hip line.  Then, grading out the pattern made sure it hung from my waist and not from my hips like most of my RTW skirts do. I’m glad tested out the fit too because the skirt sits right where I want it to – below my natural waist but above where I wear my jeans. 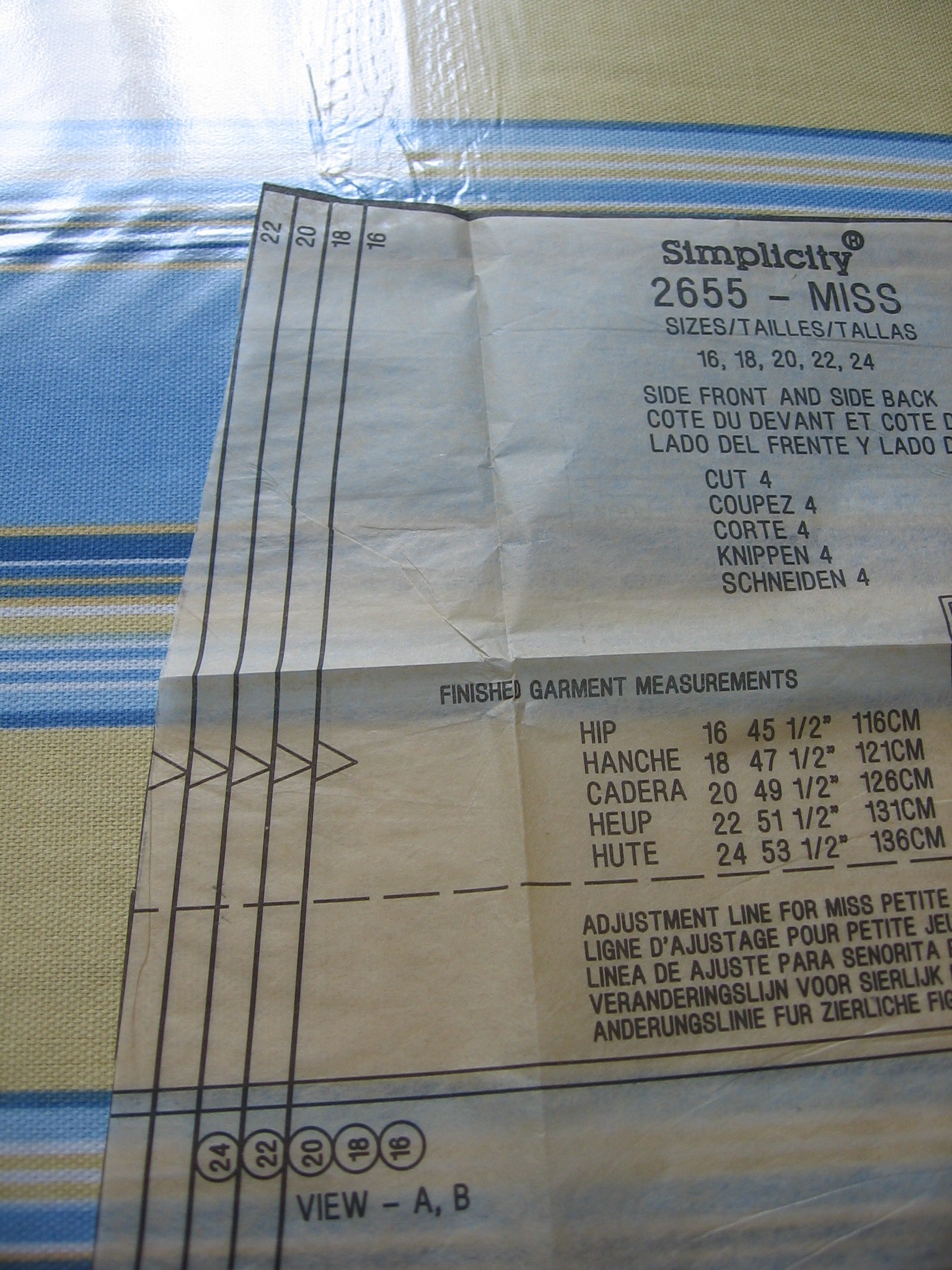 The directions were straight forward, I followed them fairly closely except for leaving of the top stitching on the yoke, and finishing the inside seams with my serger.  Also, I couldn’t figure out the #&*!#$ overlapped zipper.  I really need a lesson on installing zippers.  I just did a simple centered zipper which looks fine. My only complaint is that this skirt has TWENTY pieces! Twenty pieces for a knee-length skirt.  In contrast, my straight skirt only had 6 pieces (only two pattern pieces). 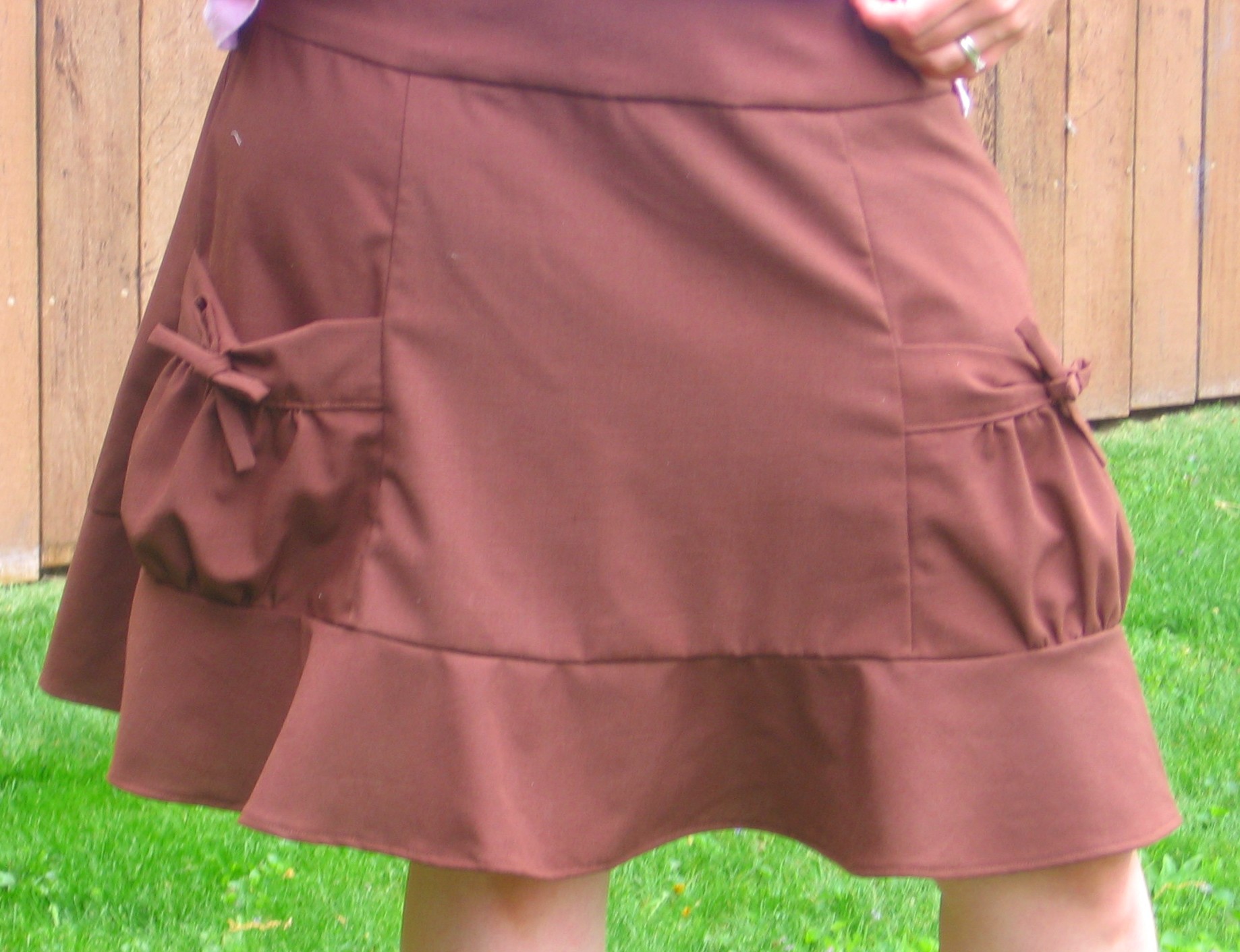 So what do you think, folks? Would you leave off the pockets? Or the flounce?  Do you love it as is?  Should I make at least one more for my summer wardrobe? And in what type of fabric?

I must say I’m tempted to make a couple more.