You are here: Home / Quilting / Roads Quilt: Sewing the Blocks Together 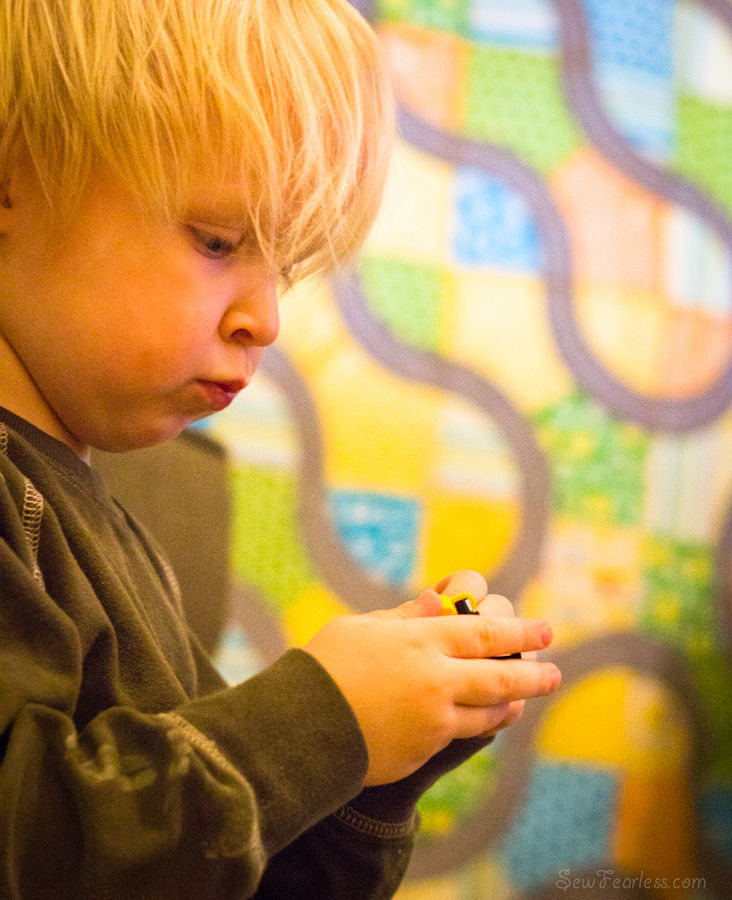 Gah! How did this happen!?

I used to be one of those people who started a project, finished it, and then moved on to another. Now I have simultaneous projects up the wazoo, including Duncan’s Quilt. 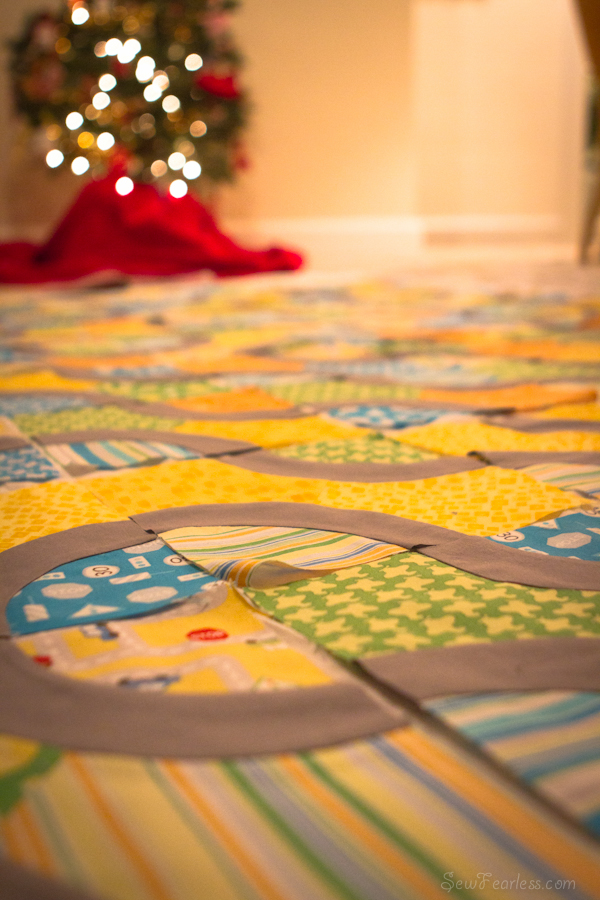 I last left you with completed blocks. After they were all pressed, and trimmed to size,  I arranged them out on an old sheet. There is a very specific layout to the pieces to create the continuous “road” out of the blocks, and then I needed to avoided adjacent matches. It took time, but it was an enjoyable puzzle. After I found my layout, I safety-pinned the blocks to the sheet. That way I could fold up the sheet and store it between sewing sessions.

Blocks were sewn into rows and seams pressed…

(The kids kept messing with my quilt blocks when I had them laid out on the floor. Pinning the sheet to a curtain rod, kept the quilt out-of-the-way and readily accessible while working.) 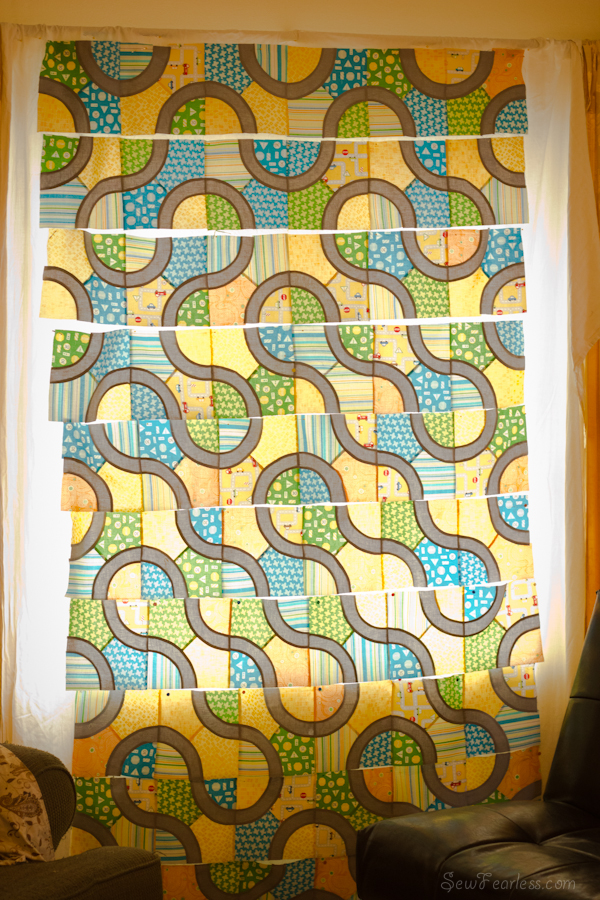 …Then rows were matched up, sewn together, and pressed again…

(I did my best to match the blocks at the road joints and the corners.) 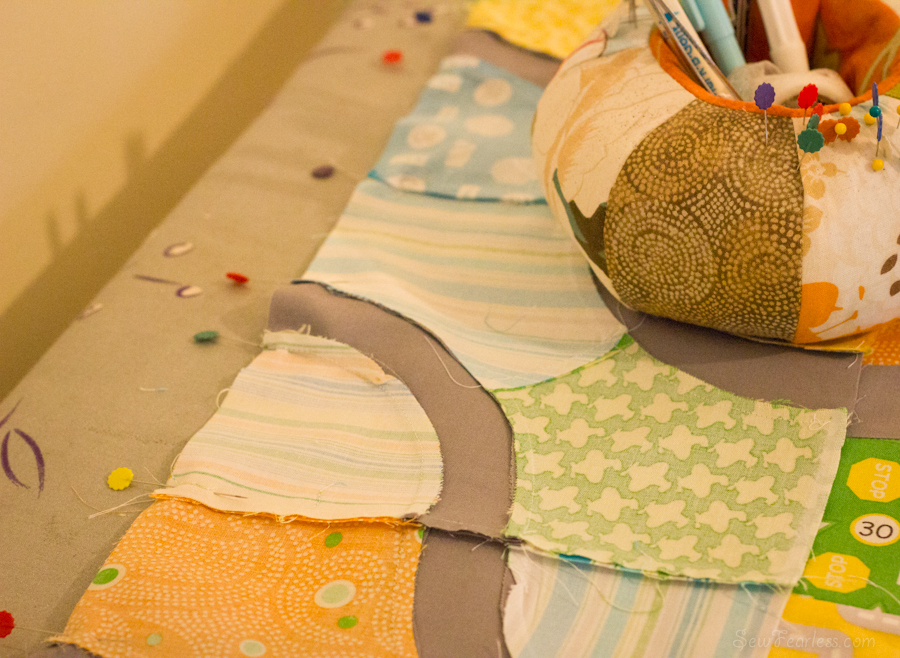 …until the quilt top was finished! 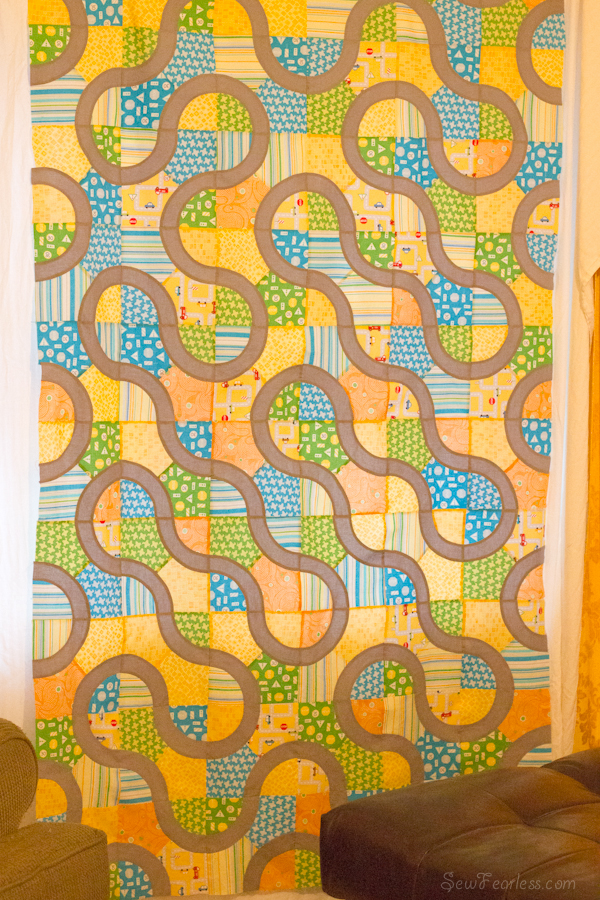 Well, finished, except for the pieced border that the directions calls for. I’ll get to that… eventually. 🙂

Update: This project is now finished!

Previous Post: « Embroidered Business Card Sleeve (Mini Tutorial)
Next Post: What do you do with your handmade cast-offs? »