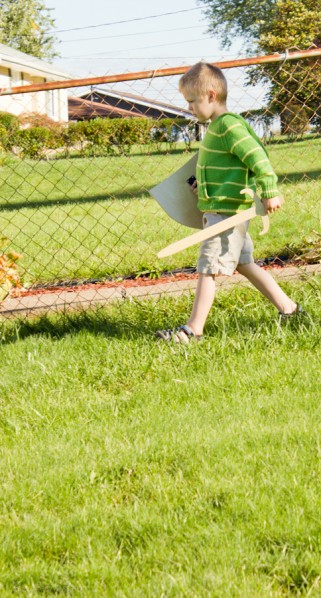 My boys acquired wooden swords at a medieval festival a couple of weeks ago. It was love at first fight and they have been planning epic battles and fighting bad guys daily since then. I wouldn’t be surprised if this Halloween features a sword-brandishing Batman and a shield-wielding Spiderman. Good times. It only took a day of witnessing Duncan’s frustration with trying to sheath his sword in his belt for me to know a mother-son craft time was in order. 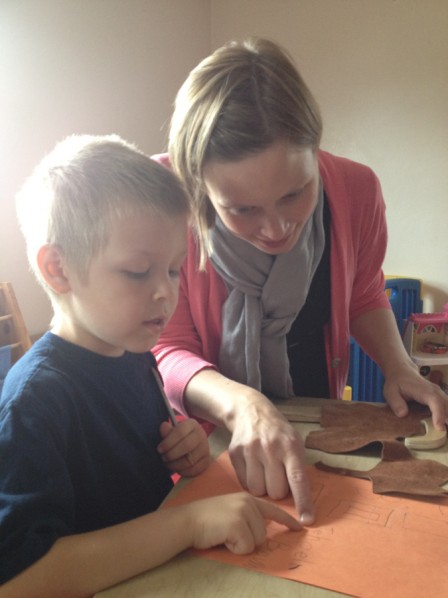 After I told him my idea, Duncan drew out some plans…
(and I added my suggested modifications) 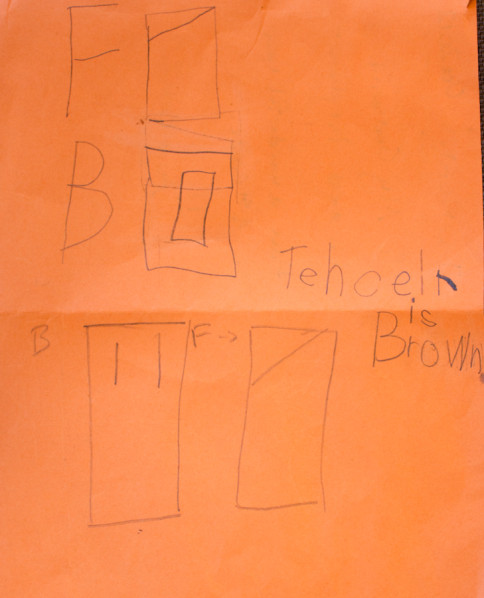 … complete with a usage diagram. 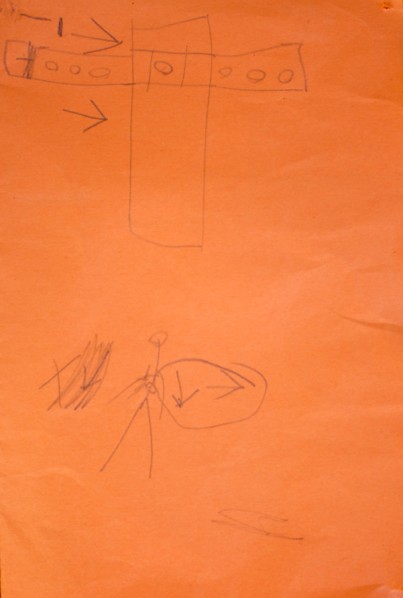 Then, he got to work with my stash of scrap leather and rivets….
(More info on how to use rivets in this post.) 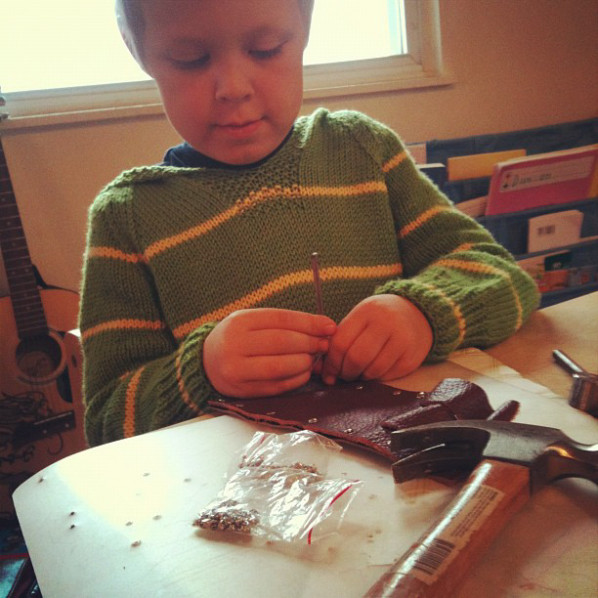 A short time later, he was back in action. 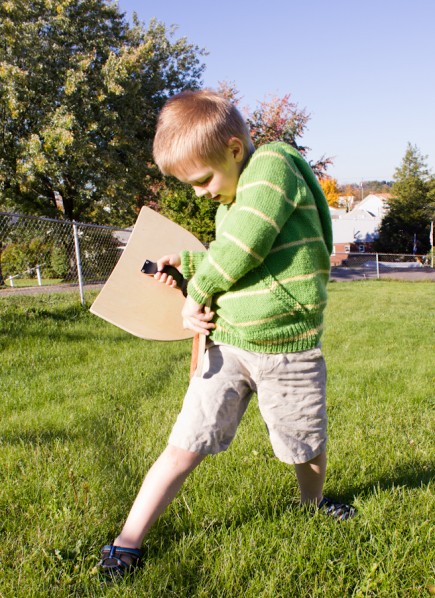 This time with a handmade leather sheath attached to his belt 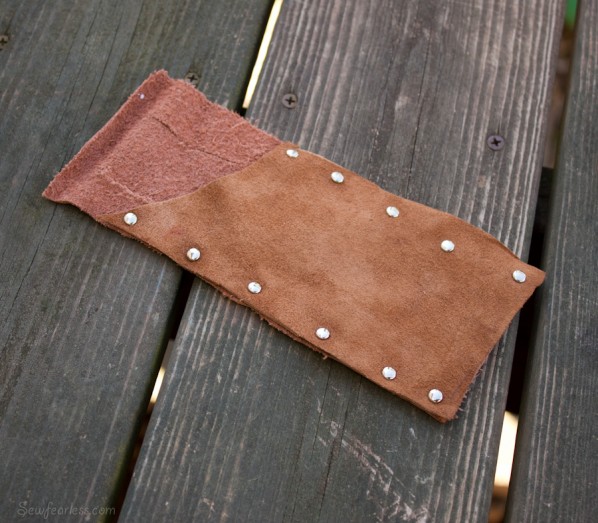 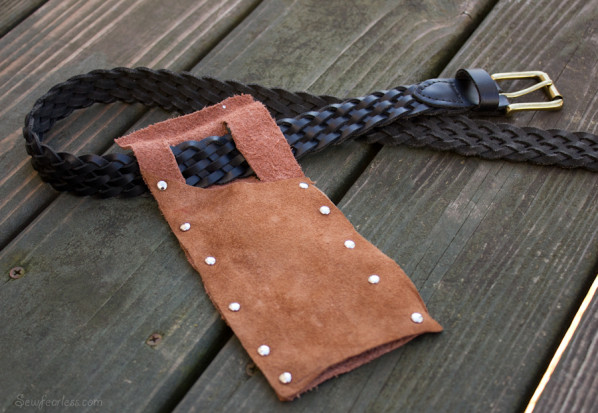 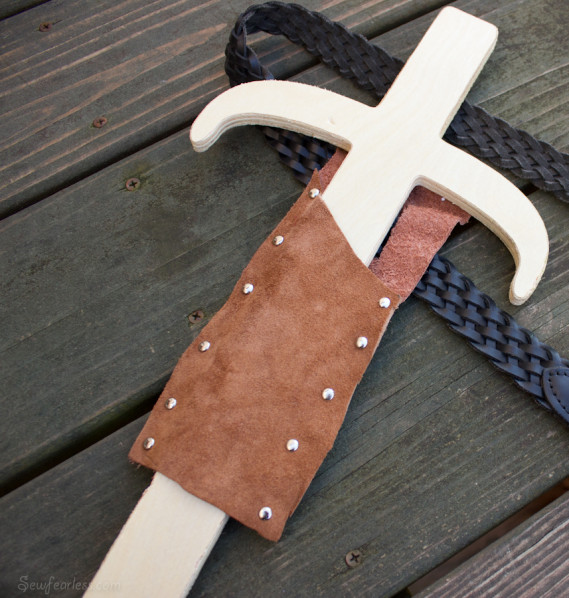 For about a dollar or two of materials (all “stash”), I am now the coolest mom ever in the eyes of my six-year-old… 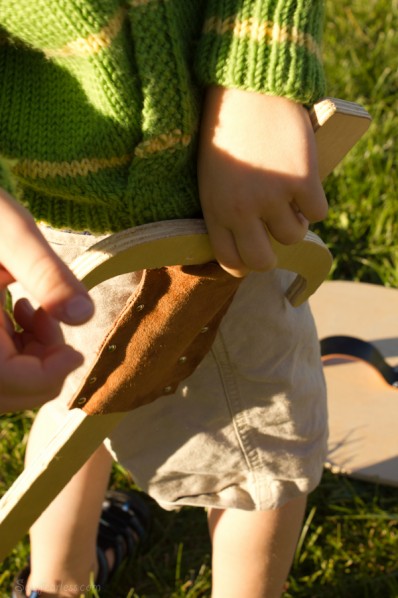 …and, as always, he is the coolest six-year-old in mine.