Disclosure: As a contributing designer to the Sew Fab Sale, I received received copies of all the patterns, including those mentioned in this post. All opinions are my own. 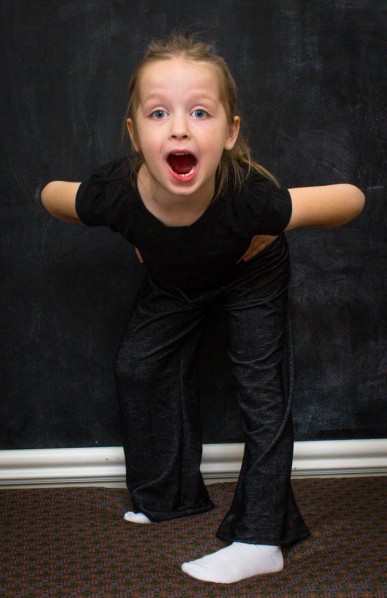 I feel a little bit ridiculous sharing these pictures, because they represent two categories of sewing projects that I admitted recently that I don’t like to sew… Kids Clothes and Costumes. 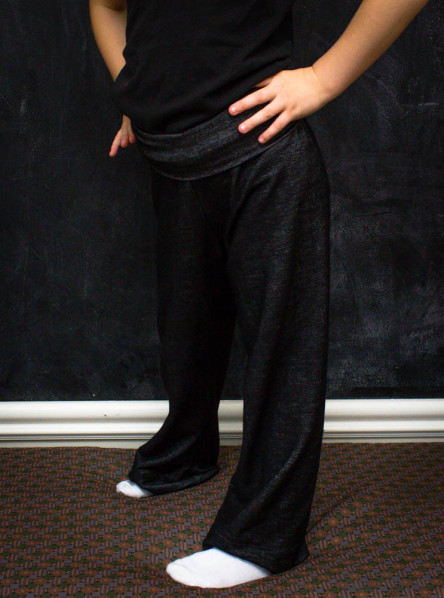 Yes, really, I’m not that excited about sewing clothes for my kids. They grow so fast and I would rather just give them some hand-me-downs and let them play with paint, than slave over some detailed ruffly thing only to have it destroyed within the first 5 minutes of wear. But these Ananda Pants by CHOPSTICKS were so quick and pain-free, I didn’t get a chance to grow protective of them and stop her from playing. 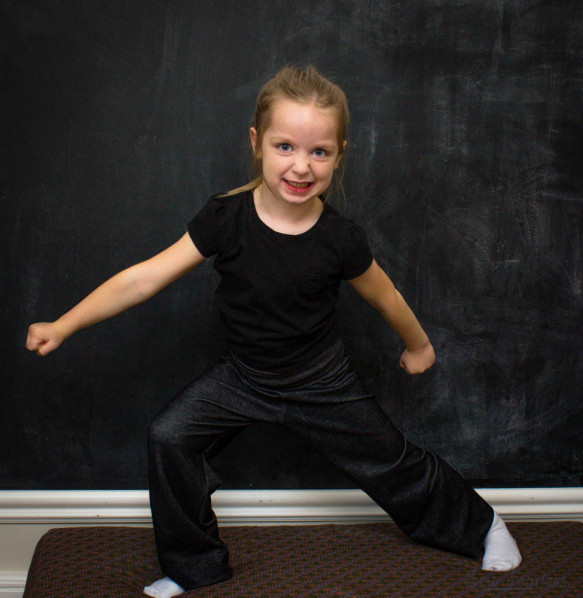 I would like to point out that Gianna picked out the shirt to wear with these pants. “It matches, mom!” She has her own ideas of how she wants to do things and I am learning to step back and let her. It really turns out so much better than I was planning anyway. 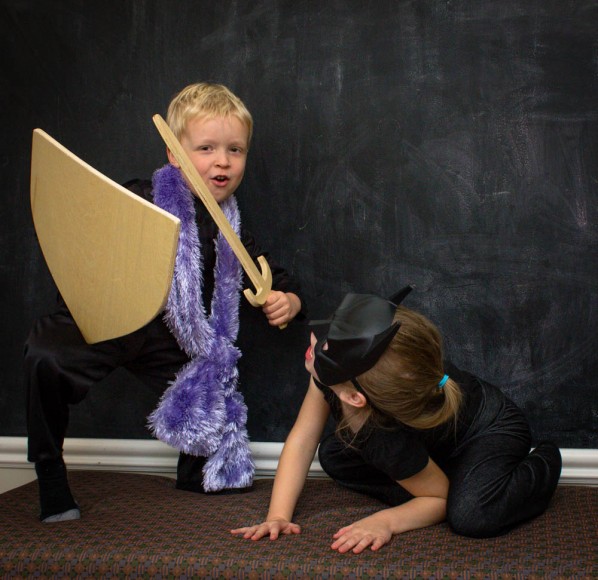 I mean what the heck is going on here? I think she’s pretending to be a triceratops and Matthias is a knight? I couldn’t make this stuff up. 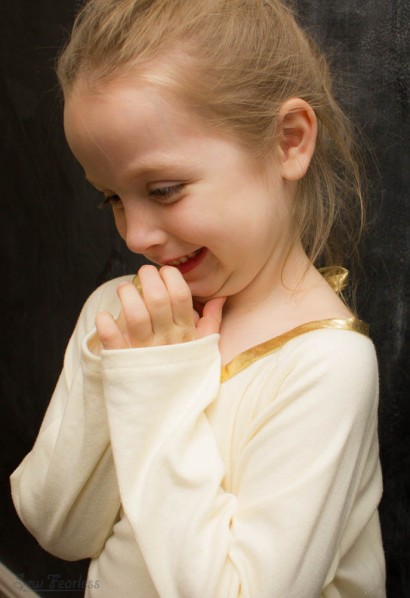 Her Big Idea for Halloween is to be An Angel. Normally, I go out of my way to avoid sewing costumes for my kids. Why put in all the effort for that 30 minute cold and wet walk around the block, when they are going to change their minds of what they want to be the day before anyway? 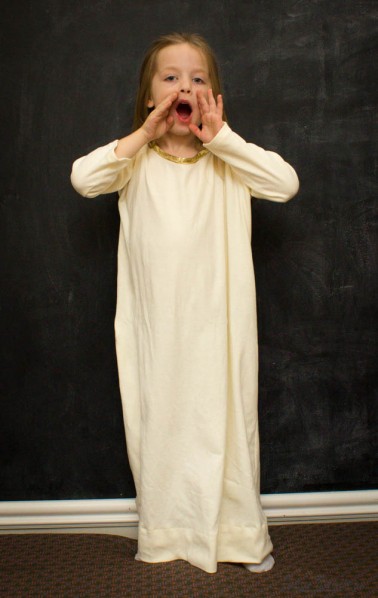 But I found this fantastic gold glitter interlock knit. And paired with the Sadie Grace Nightgown by Seamingly Smitten, it becomes s a great costume basic. She could be an angel, or Mother Mary, or a princess. And it’s a nightgown. How more practical can you get? Even my own anti-costume self can get behind a project like this. 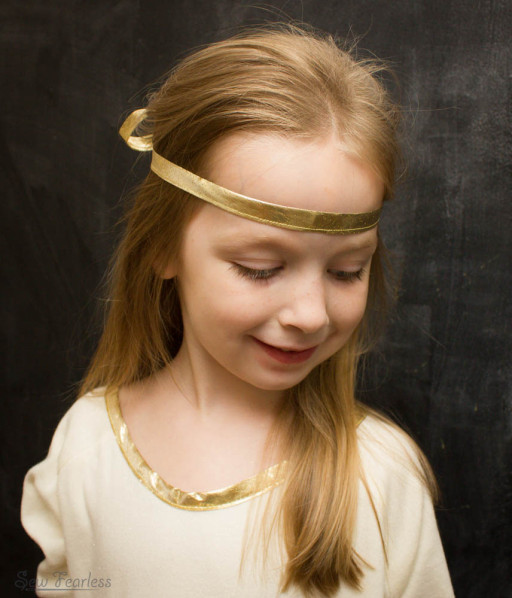 You stretch me, dear child. Thank you.