You are here: Home / Crafts for Kids / The Felt Heart Post

I used the templates from the long thread, to make some adorable Valentine’s Day clips for my daughter and my nieces. 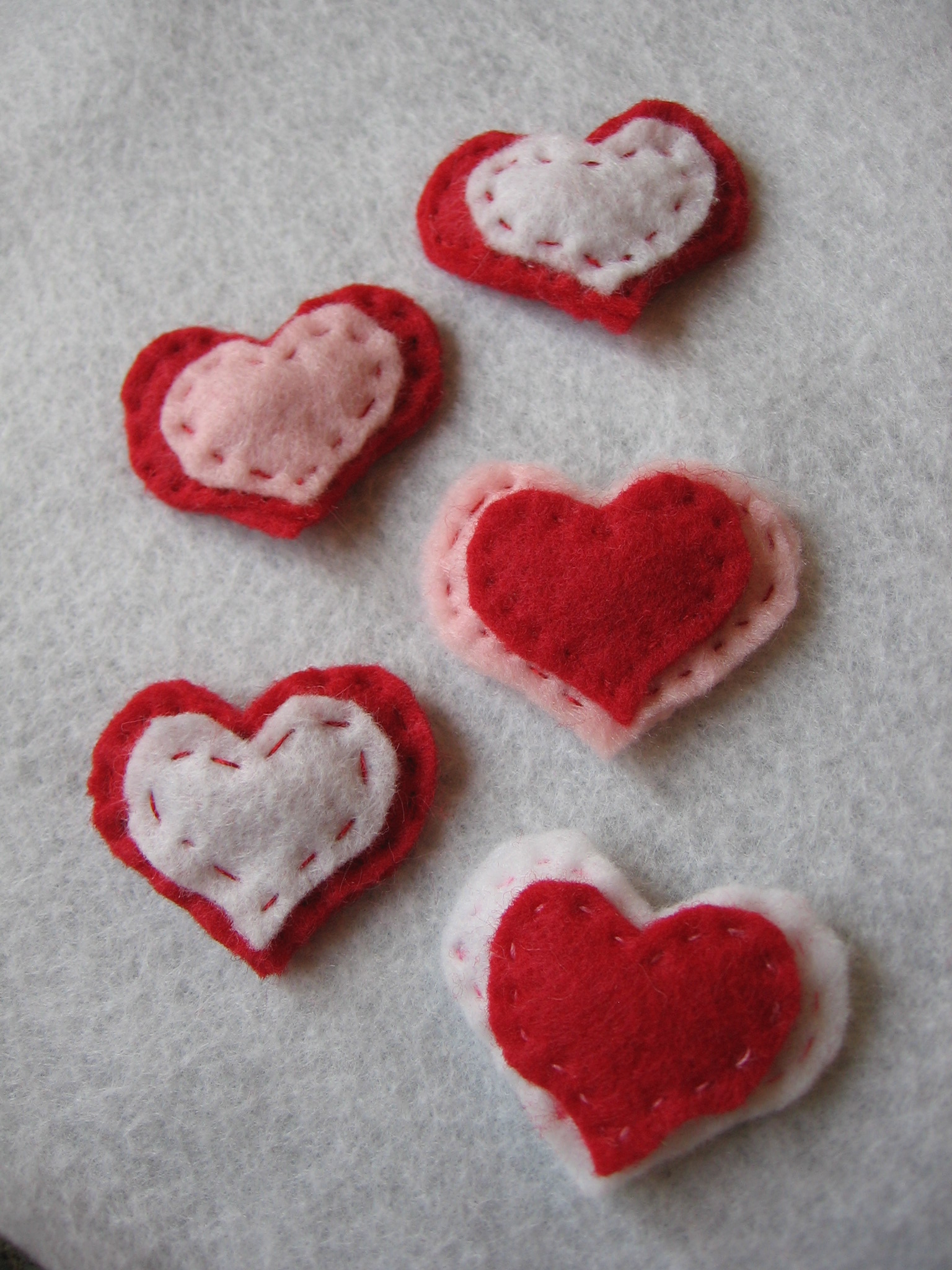 I switched it up a bit from her directions, using plain sewing thread, and sewing them onthe clip instead of gluing.  The smaller felt heart was sewn to a larger heart.  Then I sandwiched the clip between it  a second large heart. I illustrated the sandwich technique here.

Then a made a plain card stock card, poked holes in the front, and slipped the hair clips through them. Inside, I wrote a simple Valentine’s day message to my nieces. 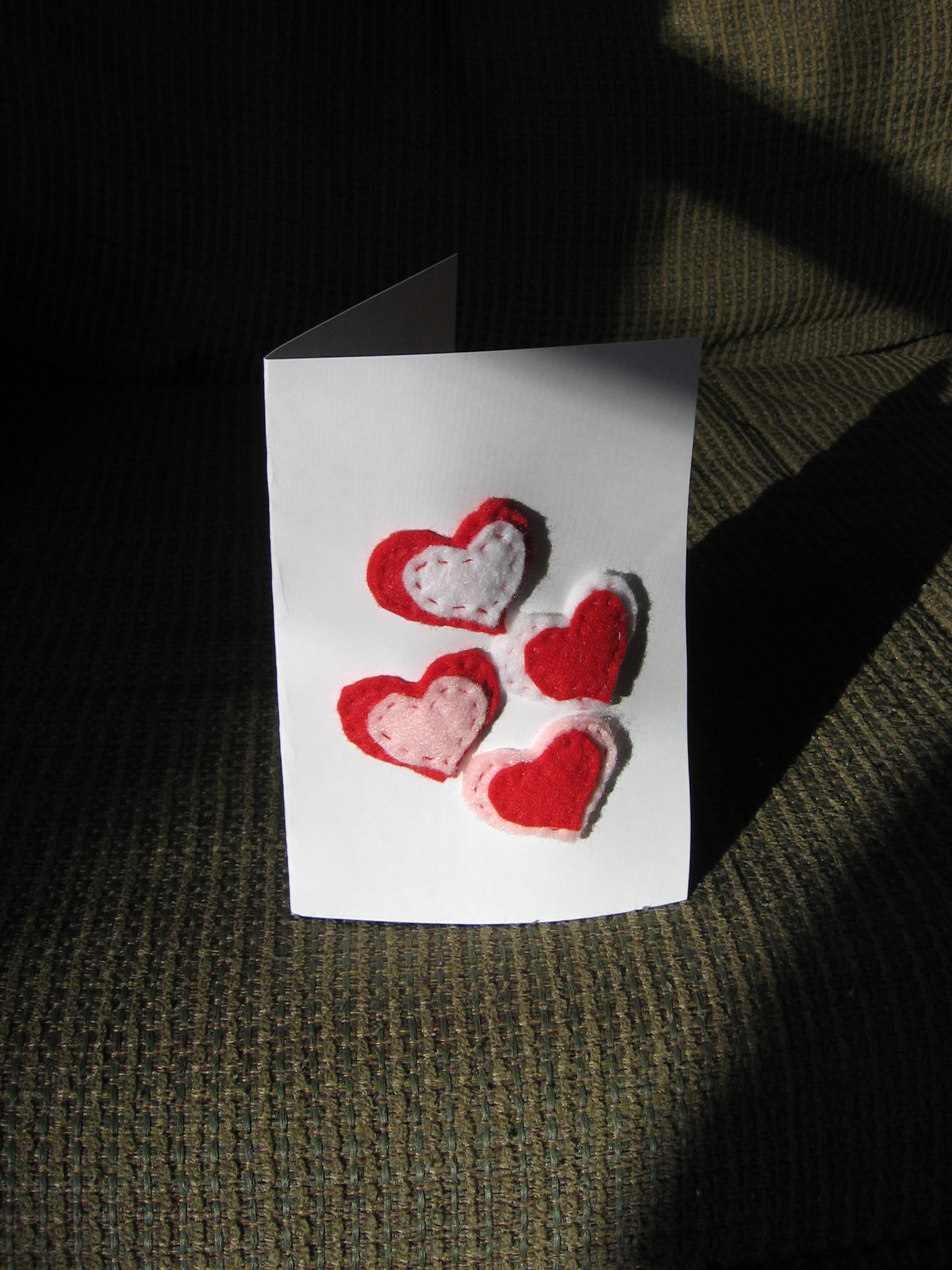 The kids were jealous of all my sewing and wanted to join in. So I gave them two felt hearts, and a needle and thread. 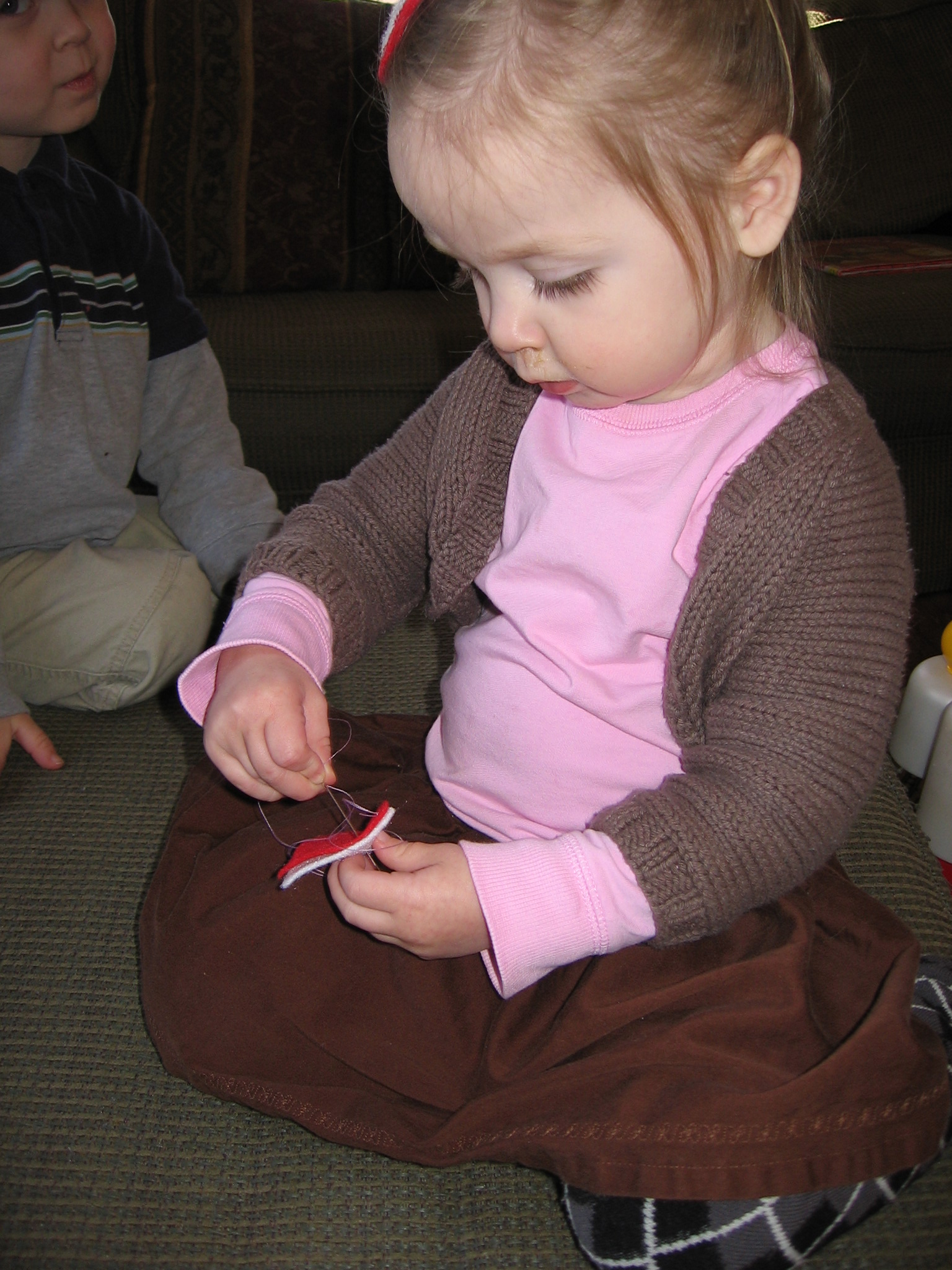 My 2-year old daughter didn’t really get it,  she gave up after she poked her leg with the needle.  But my almost 4-year old son, patiently sewed two sets of these hearts together.  He has watched me sew his whole life and has played with his sister’s Melissa & Doug lacing toys for the last few months. 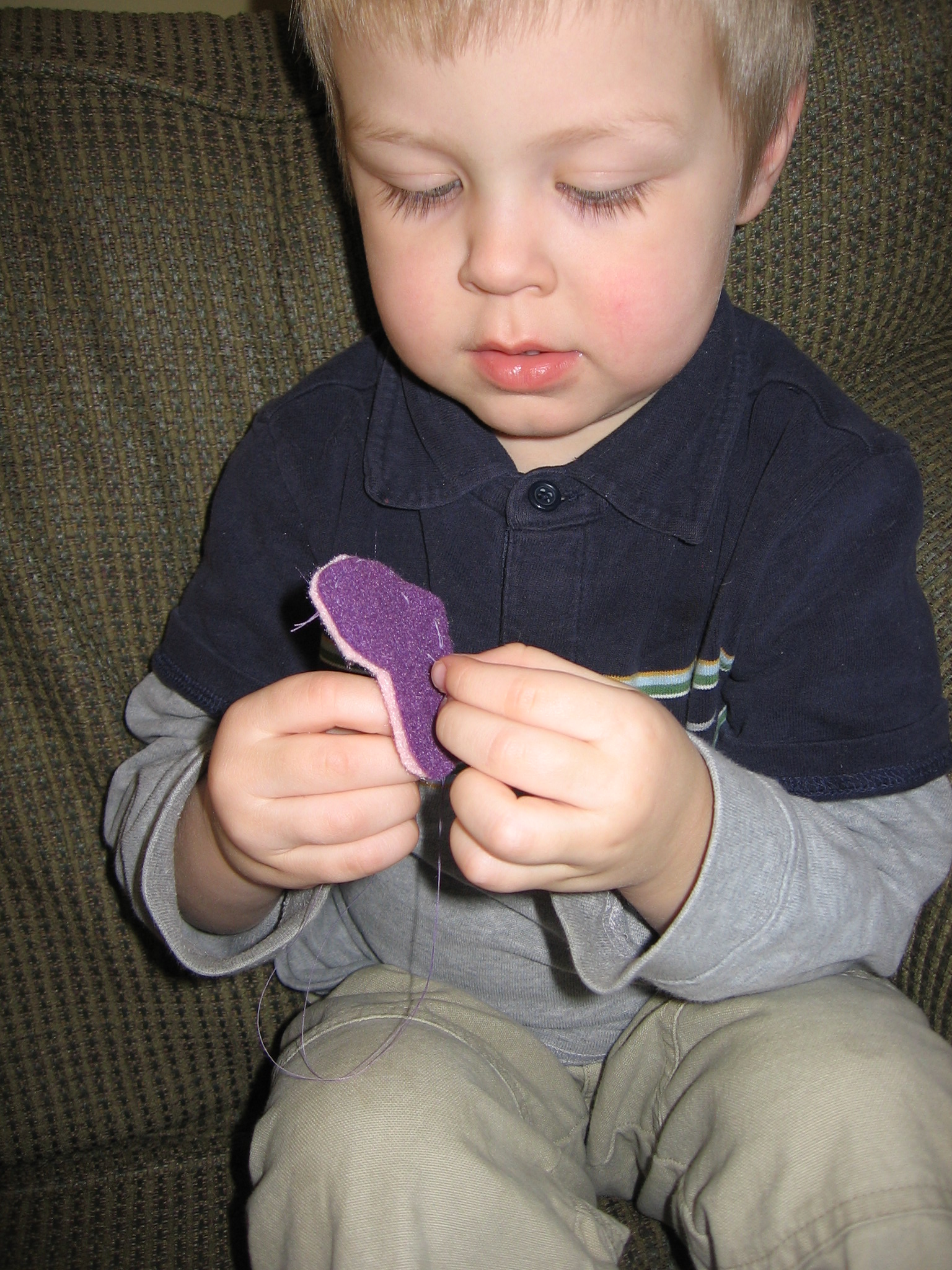 He really wanted to add hair clips to them and send them to his grandmas, but after some negotiation we settled on using safety pins to make a “brooch” of sorts. 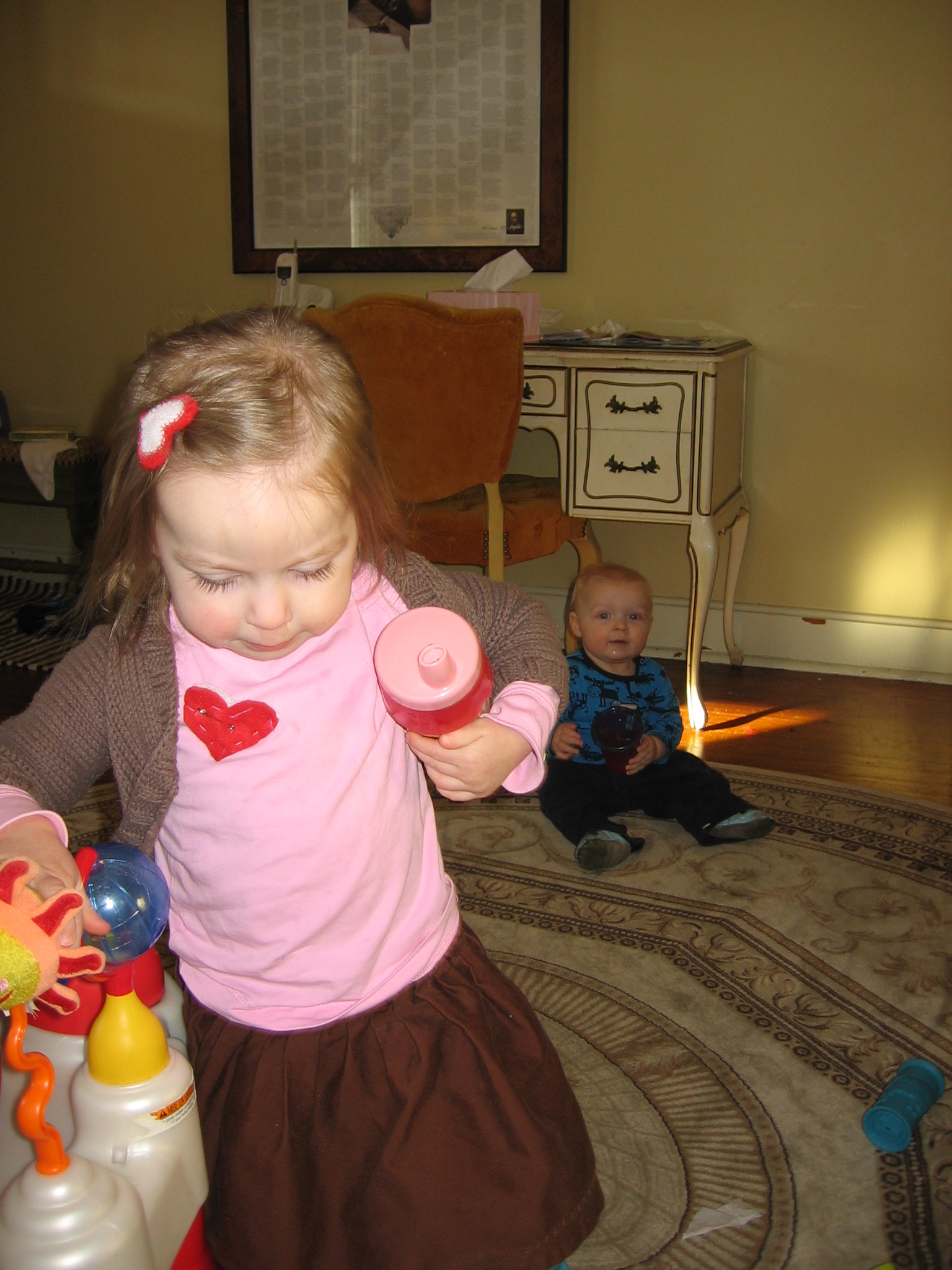 We then made cards for the grandma’s. 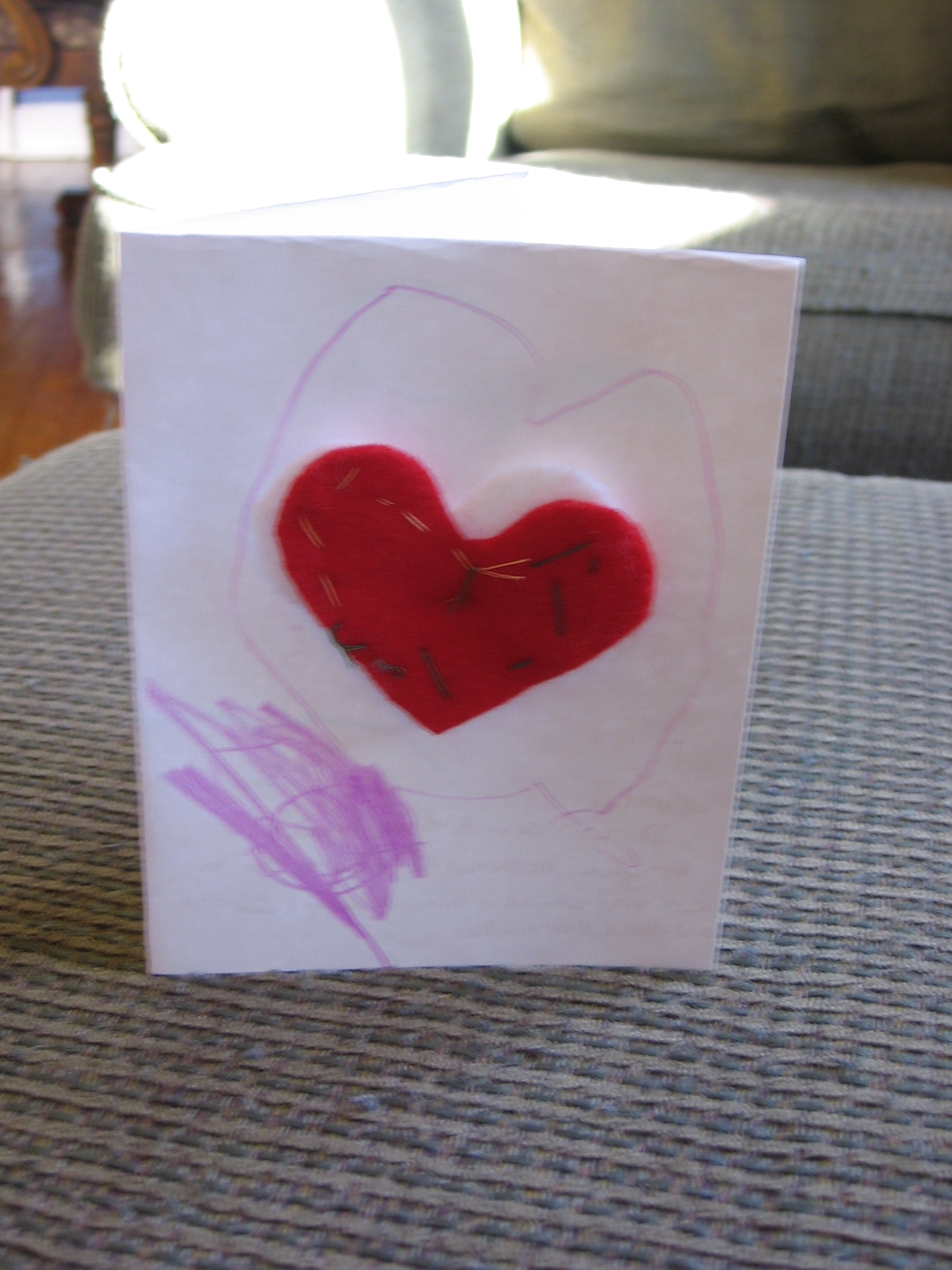 This one he made for my MIL.  He dictated a note for me to write as well.

“Duncan gives this to [their last name]. Mailbox truck to give this to you.” 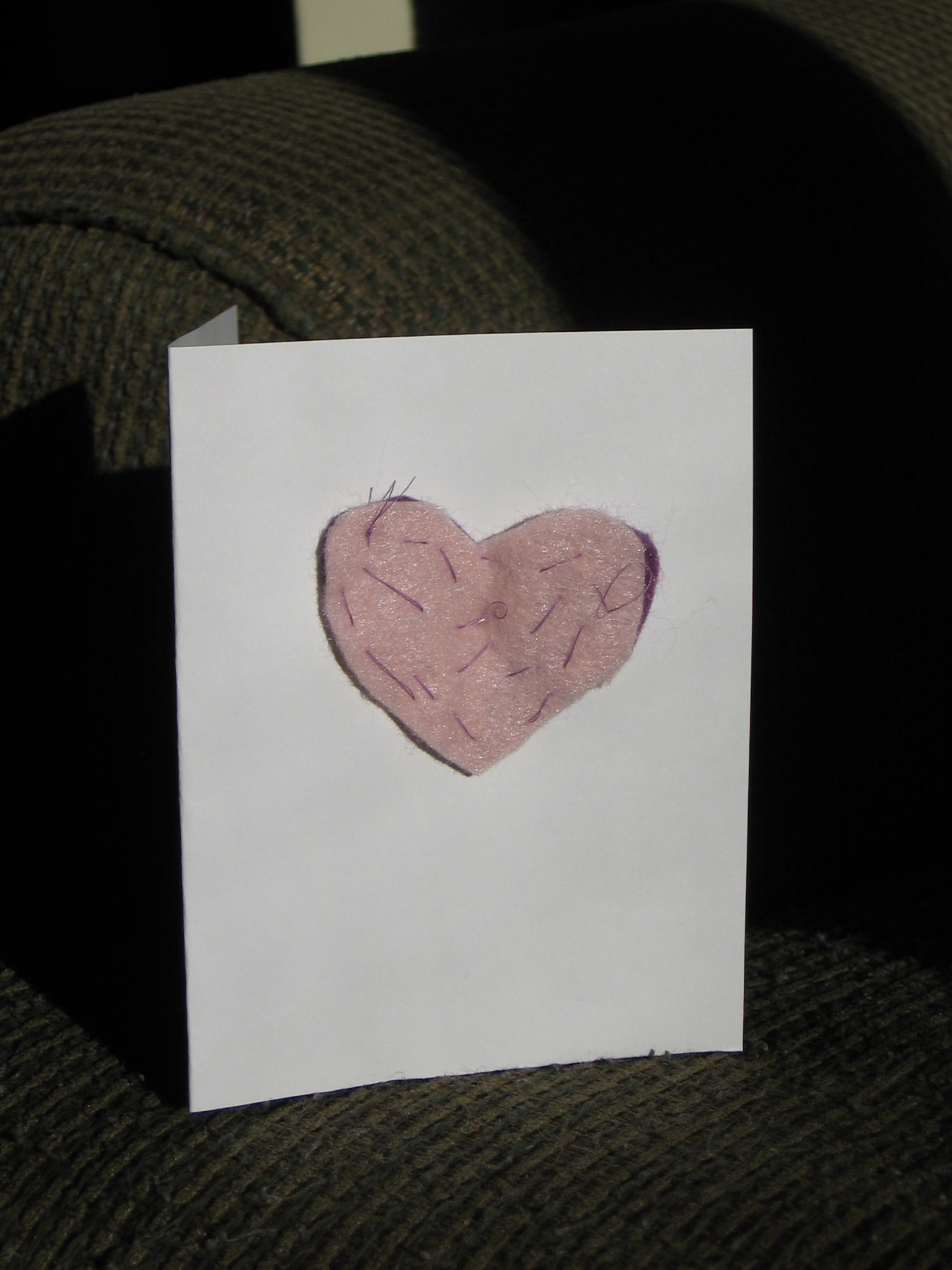 He lost interest in decorating the card for his other grandma but isn’t his sewing adorable?

Gianna had only enough attention to make one card, and she chose to send it to “the grandma with the dogs”. 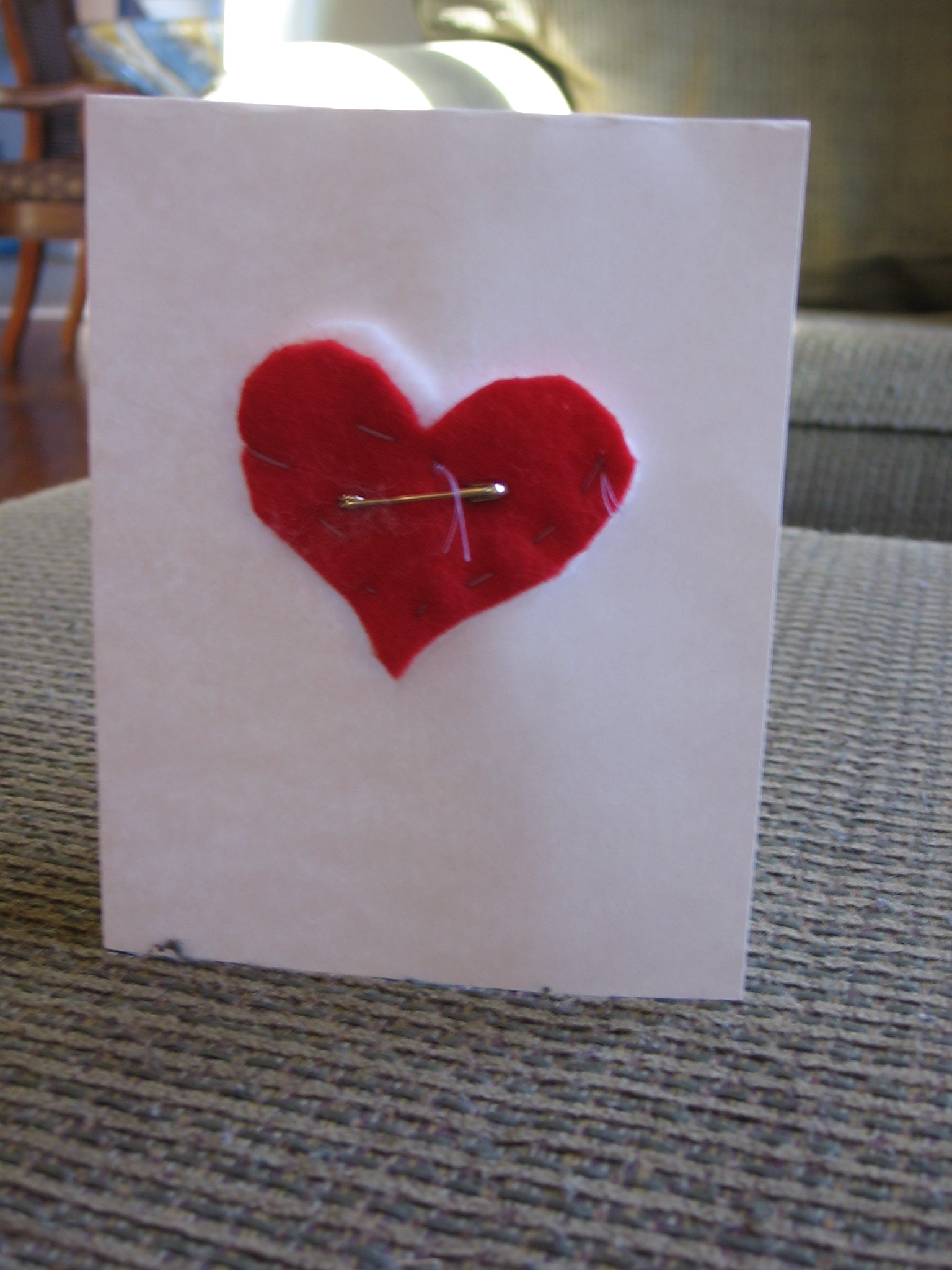 She didn’t do very much of the sewing on this one, but she enjoyed helping me pull the needle through.

I love sewing with my kids.  I hope we can do more craft projects together soon.  So any ideas would be appreciated.